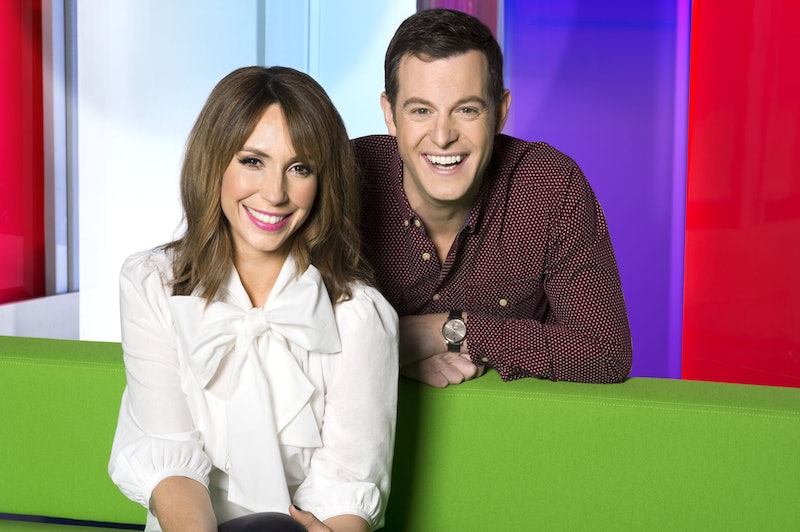 Following a successful stint on Strictly Come Dancing back in 2010, TV presenter Matt Baker went on to make his One Show debut, and joined the BBC series as a full-time host alongside Alex Jones. However, the former-Blue Peter star recently announced that he will depart the magazine-chat show after nine years at the helm. But why is Matt Baker leaving The One Show?

Speaking on a recent episode of the BBC series, Baker announced that he will be stepping down from his One Show co-hosting duties in the spring of next year, and revealed that in addition to exploring new opportunities, he's looking forward to "having dinner with my family and being able to put my kids to bed." During the emotional on-air statement, the TV presenter explained that The One Show had been "such a big part" of his life over the past nine years, and credited the series as being a "brilliant" showcase of the "eclectic mix of Britain."

The Countryfile star joined The One Show in February 2011, when he permanently replaced comedian Jason Manford. Upon the news of his departure, director of BBC Content, Charlotte Moore, praised Baker's "warmth and wit," and explained that his "great connection with BBC One viewers" is sure to continue throughout various other roles on the channel, including the BBC Sport gymnastics coverage.

As Digital Spy reports, Baker's longtime co-host Alex Jones, who wasn't present during her colleague's bombshell announcement, later posted a statement on social media in regards to his upcoming One Show retirement. Speaking on Twitter, Jones credited Baker as being a "superb broadcaster," a "consummate professional," and "dear friend" — and promised that the pair will "remain part of each other lives," before admitting that "the gap left on the green sofa will be hard to fill." However, viewers will have a chance to properly bid farewell to The One Show frontman, as both Baker and Jones are set to return to the chat show early in the new year.

Although discussions of his replacement are no doubt in the early stages, speculation surrounding the next permanent One Show host is surely on the rise. According to the Express, a number of guest presenters have appeared on the show over the past nine years, including the likes of Angela Scanlon and Gethin Jones. So, could a familiar face be lined up to takeover Baker's role? We'll just have to wait and see.

Watch The One Show on weeknights at 7 p.m. on BBC One.