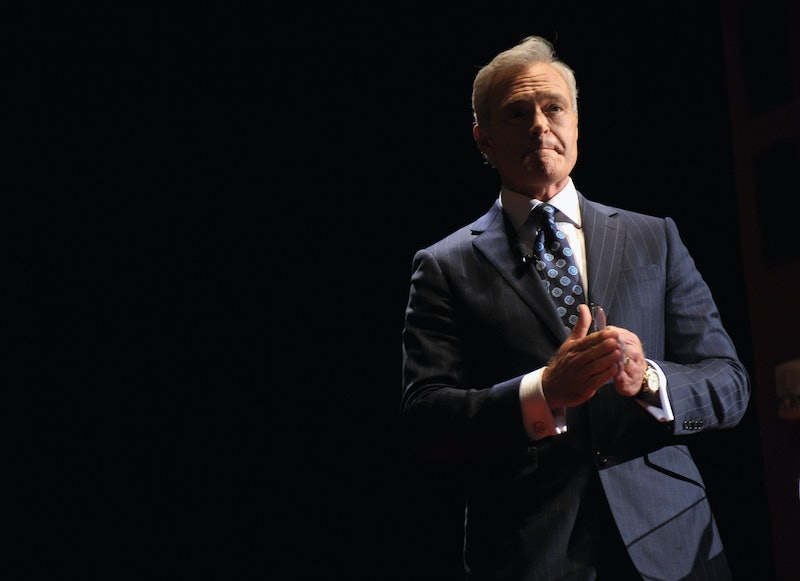 Movers started emptying the office of a key personality at CBS Evening News on Tuesday, tipping off reporters at the New York Post's Page Six column that Scott Pelley would be leaving the evening news program to report full time for the channel's Sunday evening show, 60 Minutes. While he already worked part-time on reports for 60 Minutes, his leaving the 6:30 EST time slot happened unexpectedly. Pelley had been CBS Evening News' main anchor since 2011.

Scott brought the best values of 60 Minutes to the CBS Evening News, and we thank him for his commitment to the journalism of this broadcast every night these past six years. The milestone 50th season of 60 Minutes requires Scott’s full contribution, and we look forward to important reporting from him for many years to come.

Prior to Rhodes' announcement, the public speculated as to why Pelley was leaving the coveted position. To a certain degree, the CBS newscast has been attempting to improve ratings for quite some time. Since the days of Walter Cronkite and Dan Rather, the channel has had trouble with ratings in its evening newscast, finding itself in third place year after year. But after the show's 2009 ratings reportedly reached lows not seen since the 1991-1992 season, Pelley helped boost them.

Pelley's version of CBS Evening News didn't necessarily beat the competitors — Lester Holt at NBC and David Muir of ABC — but ratings did steadily grow from the previous years' numbers. In the 2015-2016 season, for example, CBS announced that Pelley had the best numbers in 10 years and that the network's evening news cast had increased its audience for six consecutive years.

That luck seems to have changed in May 2017. The Washington Post reported that the show had lost 9 percent of its audience that month compared with May 2016. This could have been the final straw that led to the shakeup at the network, though it's still pure speculation.

Whatever the case may be, the way people found out from the movers was a little strange. Evidently, Rhodes had planned all along to announce the move to staff on Wednesday morning, but his office was packed up the day prior. He's currently in the Middle East reporting and will be moving to the 60 Minutes office upon his return.

Hopefully, CBS can find someone appropriate to fill his spot soon. At these times, the more people watching the news, the better.