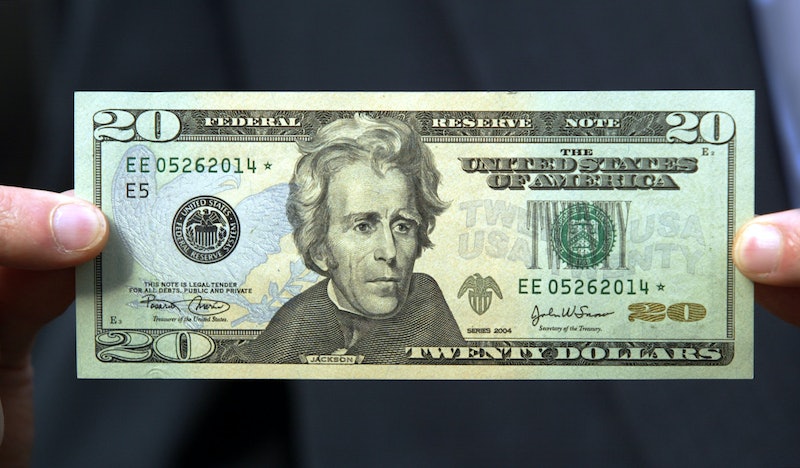 In 2020, America would have seen a new $20 bill featuring a renowned abolitionist, but now plans have changed. If you're wondering why the Harriet Tubman $20 bill got delayed, you're certainly not the only one. A letter from the Office of the Inspector General informed Senate Minority Leader Chuck Schumer that it would investigate the delay as part of an upcoming audit, The Associated Press reported.

Earlier in June, NBC News reported, Schumer requested the Treasury Department's Office of the Inspector General to look into the circumstances surrounding the delayed redesign. "I’m pleased the inspector general will review this matter and hope it is conducted in an expeditious fashion," Schumer stated in an official letter, according to a press release from the Senate Democrats on Monday. "There are no women, there are no people of color on our paper currency today, even though they make up a significant majority of our population, and the previous administration’s plan to put New Yorker Harriet Tubman, on the $20 note was a long overdue way to recognize that disparity, and rectify it."

"The motivation for the Trump administration’s decision to delay the release of the new note has not been credibly explained," Schumer added, "and the inspector general’s review must get to the bottom of this."

In a letter addressing Schumer, the Acting Inspector General of the Department of the Treasury, Rich Delmar, informed the Senate Minority Leader that the audit could take up to 10 months.

In that time frame, according to Delmar, the office would carry out a probe, create a report including the findings, discuss the relevant details with other offices involved in the redesign of the bill, and then present the final assessment.

The department's annual plan for the fiscal year of 2019 would include looking into projects under the Bureau of Engraving and Printing (BEP) for bills, Delmar wrote. The exchange of letters comes several weeks after Treasury Secretary Steven Mnuchin stated in May that the redesign of the $20 bill would be delayed in order to redesign the $10 and $50 bills for anti-counterfeiting and security purposes.

That said, Mnuchin's explanation for the delay did not sit well with Schumer. In his letter to Delmar, Schumer wrote, "Mnuchin attempted to explain the delay as necessary to accommodate anti-counterfeiting measures, but it is simply not credible that with all the resources and expertise of the U.S. Treasury and Secret Service, a decade or more could be required to produce a new $20 bill."

Among other issues, Delmar wrote that "our audit objective is to determine whether the BEP is properly implementing security features into the currency as part of its counterfeit deterrence program."

From the looks of it, lawmakers expect a judicious probe from the Office of the Inspector General. This demand for an explanation and clarity has been made clear on social media. "It is an insult to the hopes of millions that the Trump Administration is refusing to honor Harriet Tubman on our $20 bill," House Speaker Nancy Pelosi tweeted on Thursday. "This unnecessary decision must be reversed."