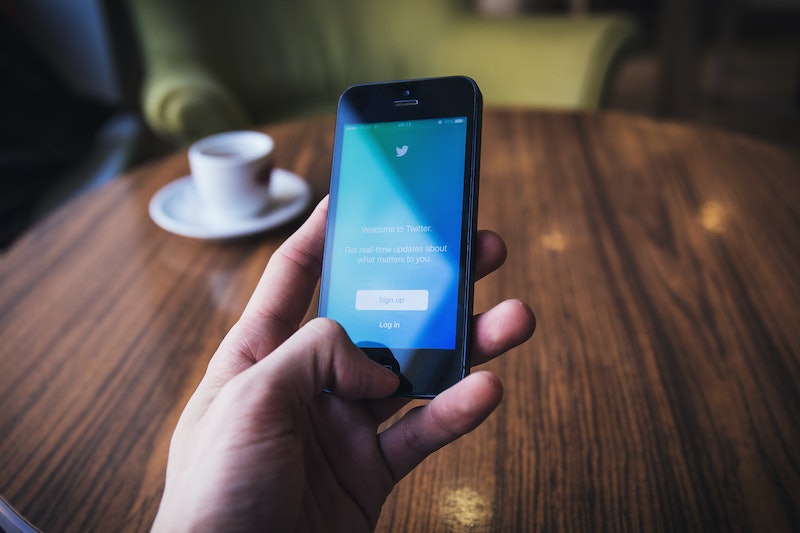 Twitter's default profile photo received a makeover on Friday, March 31, but the major change was no April Fool's joke. The overhaul replaced the infamous white egg with a gray, person-shaped, gender-neutral avatar, leaving many surprised tweeters wondering, "Why is the Twitter egg gone?" The change was met with a mix of disappointment and cheers on the social networking site, some saying it was high time they dropped the tarnished egg, while others bemoaned the vague yet playful symbol they had grown so attached to. So: What gives?

The white egg on a colorful background has been used as the default profile photo for all Twitter accounts since 2010. It was originally conceived as "a playful way to reference how eggs hatch into birds that send all the Tweets you see on Twitter," Twitter's blog notes in a post announcing the change. But the egg, once a symbol of new beginnings, has since come to represent the painful underbelly of the social networking service, a place populated with trolls and bots from which Twitter has been eager to distance itself.

Indeed, Twitter's announcement delves briefly into why they decided to make the change. The primary reason for the change? The egg was too appealing to prompt people to add their own profile photo.

Twitter cites the changes they made to their brand last year as the impetus for the egg swap. Encouraging personal expression fits with Twitter's "new look and feel highlighting the diversity and expressiveness of the people around the world." In other words: Stop trying to hide your face behind that darn egg and upload something, anything, that will show the Twitterverse your personality and who you really are.

The last bullet point on the company's list of reasons acknowledges what many have already been thinking: That the Twitter egg, once "cute and fun," has over the past nearly seven years become corrupted. "We’ve noticed patterns of behavior with accounts that are created only to harass others – often they don’t take the time to personalize their accounts," Twitter's blog states. "This has created an association between the default egg profile photo and negative behavior, which isn’t fair to people who are still new to Twitter and haven’t yet personalized their profile photo." All users who have been using the egg avatar — no matter what their reasoning may have been — have been automatically switched over to the new placeholder.

How does Twitter hope to inspire people to add their own photos? They specifically designed an image that would be in essence a non-image, one that "feels more like an empty state or placeholder." While only time will tell if a grey shadowy figure devoid of characteristics will be enough to deter trolls from hiding behind it, the beefed up security measures and new ways to suspend accounts will hopefully work with the new design to make Twitter a safer place to be yourself online.

Oh, and hey, despite dropping the egg reference in favor of a human silhouette, Twitter's logo Larry the Bird remains unaltered. Although change is good, there's something to be said for consistency and familiarity, too, right?