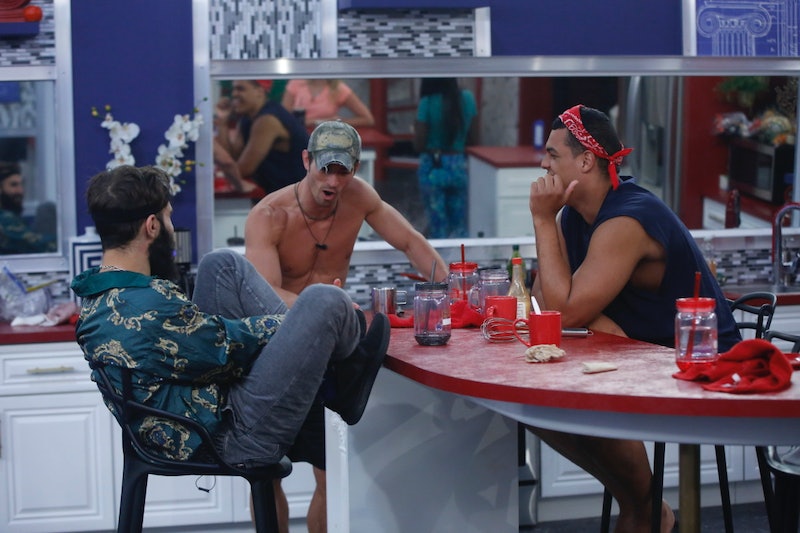 Cody and Jessica being nominated led to three major fights, including one in which Big Brother Production was forced to intervene. The first major fight occurred between Cody and Paul. After Paul asked Cody to come up to the HOH room to discuss the Halting Hex, Cody quickly went on the offensive and began cursing at and insulting the HOH. This led to the second fight of the evening, leading to a possible break-up between Cody and Jess. The third fight of the evening happened when Mark tried to stand-up for Cody and unleashed the wrath of Josh.

Josh and Mark haven't gotten along before, with conflicts between the two ending in flung jars of pickle juice and hot sauce. Mark may have a large body, but even he shrank in the face of Josh's even larger personality. Josh started slinging insults Mark's way, and eventually began clanging pots together while approaching Mark. Mark attempted to push Josh away and take the pots from his hands, leading to Production to beckon them to go to "Opposite Sides Of The House."

If tensions in the house had been at a high before, this was the first time that they had been seen boiling over – but that doesn't mean that things won't get worse. As long as Mark and Josh are in the house together, it seems that their conflicts are only going to become bigger, meaner, and much louder. If Paul fails to evict Cody, then these two will likely get into yet another screaming match before the season has ended.

The Big Brother house has tested houseguests' patience in the past, but the fighting in the Big Brother 19 house is taking the stress of the game to a whole other level. The Halting Hex may be good for protecting Jessica and Cody's game, but it proved to be bad for just about everyone else.