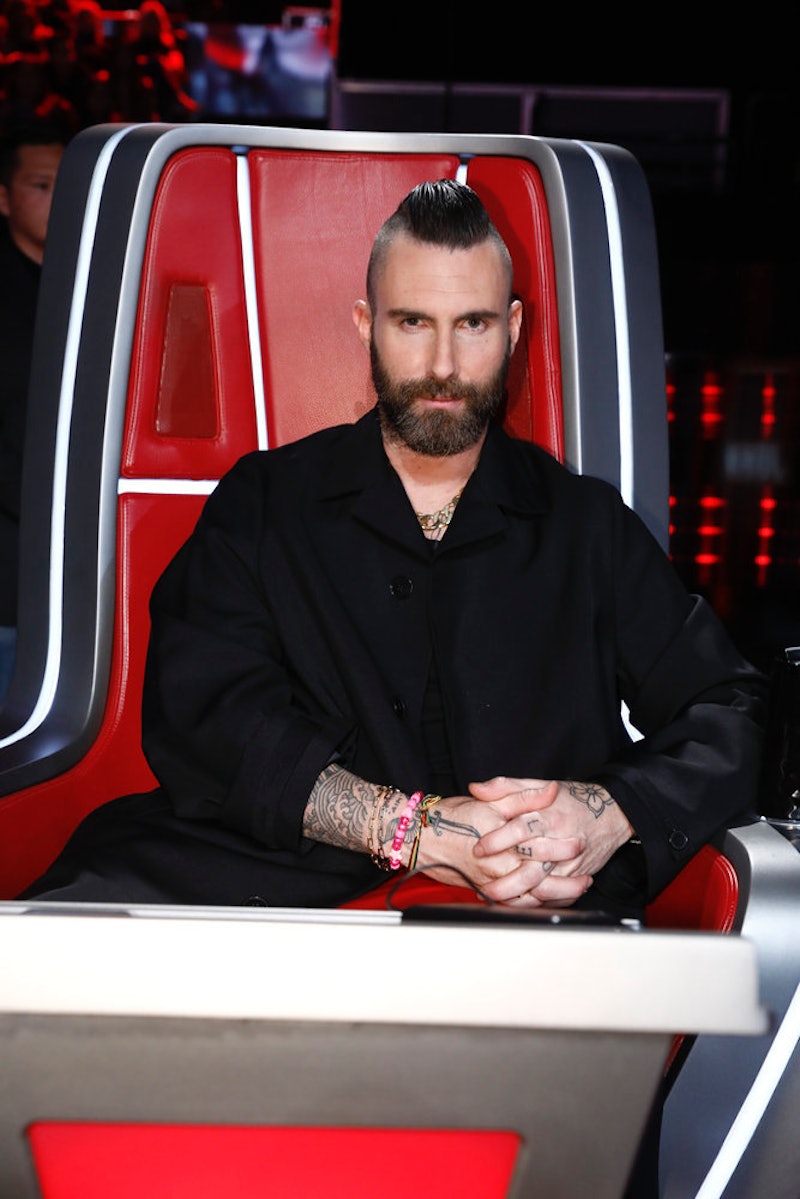 For the first time in the history of The Voice, Adam Levine will not be a judge on the show. After 16 seasons, the Maroon 5 singer wrote in a May Instagram post that it was simply "time for him to move on." He and Blake Shelton were the only remaining judges from the original lineup, and now, Shelton's officially the last one standing.

Aside from Levine's general statement that he's ready for a new chapter, he hasn't said much publicly about why he decided to leave The Voice or what's next for him. On Sept. 20, Maroon 5 did release a new single called "Memories," which could mean he plans to dedicate more time to the band. He promoted the track on Zane Lowe's Apple Music’s Beats 1 show, where he talked about how The Voice elevated his stature as a musician.

"Being on The Voice and stuff really changed that even more," he said per E! News, referring to his public status. He added that these days, he's even recognized by "people's grandparents," saying the series "kind of launched me into the bizarre territory of being, I guess for lack of a better phrase, a household name."

Now, Levine is taking advantage of that publicity by making more music. "This song is for anyone who has ever experienced loss," he wrote about "Memories" on Twitter. "In other words, this song is for all of us." This could mean Levine is using his extra time to work on Maroon 5's next album, but nothing official has been announced yet. (They last released 2017's Red Blue Pills).

For Season 17, Gwen Stefani will take Levine's spot on The Voice panel. She's been a judge on the show before, and she told The Talk in June that she's excited to be back. "It was such a shock," she said, referring to Levine's last-minute resignation. "I wanted to come back so bad. I mean, the show is so fun." However, she added that she's happy for Levine and the opportunities this will provide for him.

"Im happy for Adam, because he's been doing it 16 seasons… He has his baby," she continued. "He's going to be able to go on tour and do music in a different kind of way."

And the couple may not be finished expanding their family. In March, Prinsloo told People that their daughters could eventually have another sibling. "It's not out of the question,” she said. "I grew up an only child, so I always wanted a big family."

Levine could be using his newfound time off to prepare for that as well. He may have given up his seat in the rotating red chair, but he still has plenty to keep him busy.