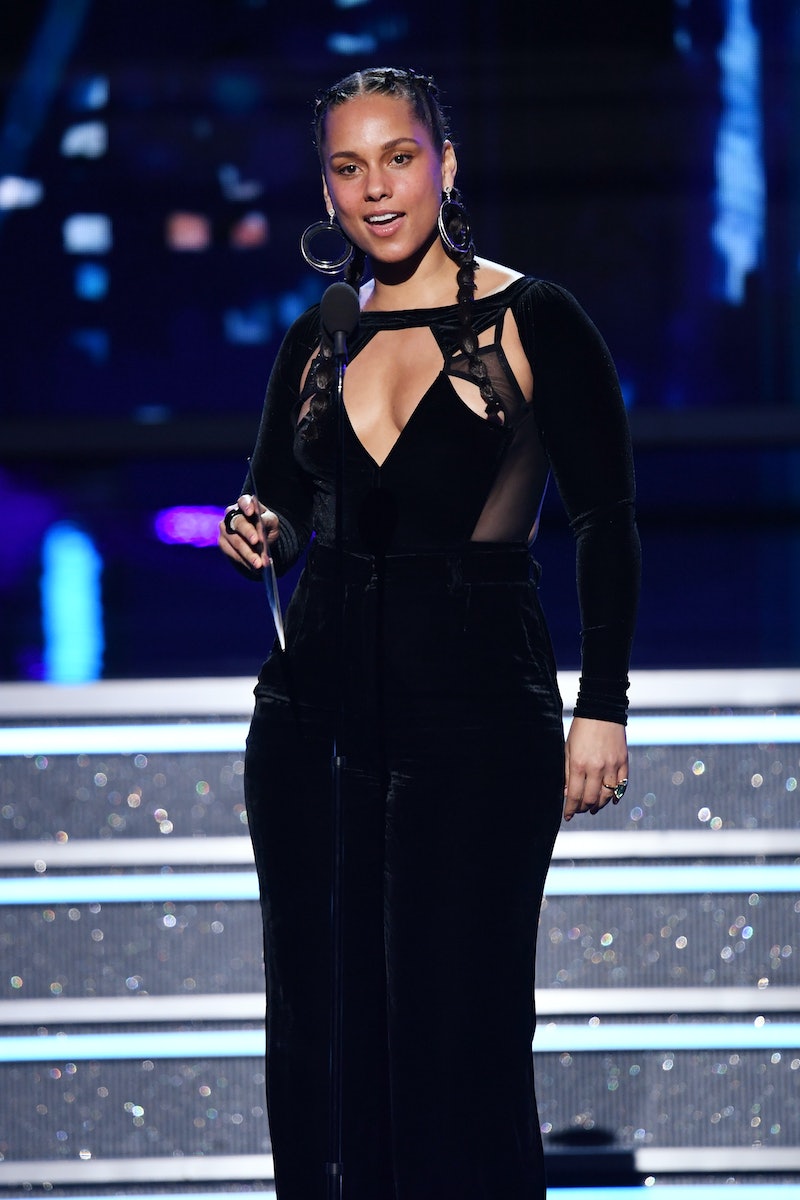 When The Voice returns to NBC on Sept. 24 it will be without one familiar face. Alicia Keys isn't coaching The Voice Season 15, but her replacement coach will be familiar to fans. According to Variety, Jennifer Hudson will be back to replace Keys. Hudson previously coached during Season 13. (Bustle has reached out to a rep for Keys and to NBC for comment on why Keys is taking a hiatus.)

It wouldn't be the first time Keys stepped away from her coach's chair. The singer coached on Seasons 11 and 12, but took a break in Season 13 only to return later for Season 14. Though no official reason has been given for her Season 15 departure, it's likely to be the same as her Season 13 reason — she wanted to focus on her music. Keys explained her Season 13 absence to Entertainment Tonight, saying that she was busy working on her first album since 2016's Here.

"I wanted to put out Here where they have a statement body of work, and my next body of work is already in the works. I'm excited," she told ET of the upcoming album. "I'm about halfway [done] ... I can't wait for you to hear new music, and so that's one of the reasons why I won't be able to come back next season."

She said that back in May of 2017, but since no album has come out in the meantime, it stands to reason that it's probably nearly done and Keys wanted additional time off to finish it up. And since she did return for Season 14 after skipping Season 13, it's possible Keys will be a Voice coach again in the future — but let's all give her Season 15 to do what she wants to do. And, if music is why she took the season off, then fans are sure to be in for a treat when her album does drop.

In the meantime, Keys leaving isn't the only Season 15 coach shake-up.

According to Billboard, country star Kelsea Ballerini is joining the show as a special fifth coach for Season 15. The outlet reported that Ballerini posted an Instagram announcing her role on the show.

Y'all, I have been SO excited to share that I’m joining the @nbcthevoice family this fall as the 5th coach for the first ever "Comeback Stage." It’s been such a new, fulfilling challenge and I’ve been beyond inspired by the artists I’ve gotten to meet and work with. I can’t wait for you to fall in love with them."

According to Extra TV, the "Comeback Stage" is a webseries where six eliminated blind audition contestants will get a second chance. Ballerini will coach them through competitions until two winners are chosen to re-join the live playoffs on the regular network show. From there, an overnight vote will determine a winner from those two and the winner will get to choose a coach and proceed on the show like normal.

Although Keys will be missed by fans and fellow coaches alike, there will be plenty of action to watch this season. And, who knows? Keys could eventually make a grand return again in the future, fresh off an album release and ready to take the red, spinny chairs by storm.

More like this
Tristan Thompson Plays Drake’s Best Man In A Music Video Wedding With 23 Brides
By Grace Wehniainen
What Is Ariana Grande's Net Worth? When It Comes To Money, She Has No “Problem”
By Hugh McIntyre
Pete Davidson Pops Up In This Hidden Scene From The Kardashians Season Finale
By Jake Viswanath
'Bachelor In Paradise' Finally Announced Its Season 8 Release Date
By Kadin Burnett and Grace Wehniainen
Get Even More From Bustle — Sign Up For The Newsletter