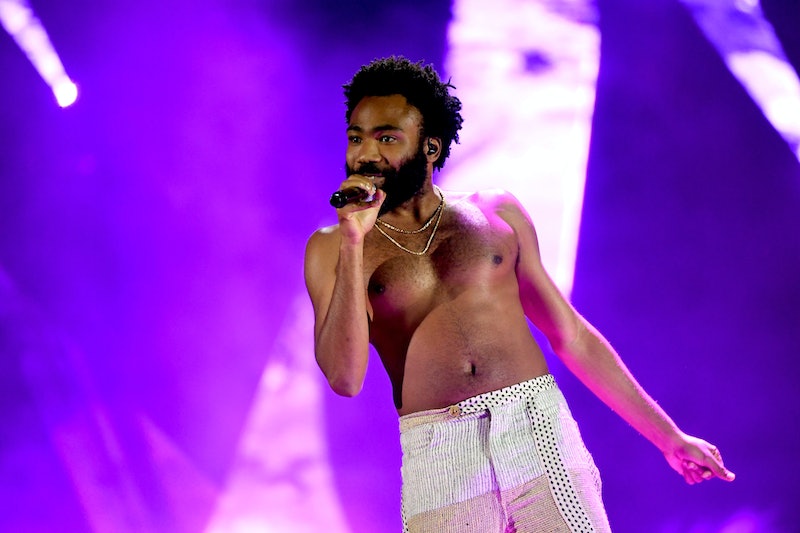 Grammys producer Ken Ehrlich told the newspaper he offered a performance slot to Childish Gambino (the stage name of Donald Glover), but Glover declined. Drake and Kendrick Lamar also declined performance slots as well, according to the interview. When asked for comment by the NY Times, all three artists' reps declined to comment on whether the rappers would attend the show. As viewers who watched the Grammys on Sunday night know, Drake did ultimately make an appearance on the show to accept his gramophone for Best Rap Song for "God's Plan." However, Childish Gambino won both Record of the Year and Song of the Year for "This Is America" — and he wasn't present to accept either award.

Gambino's Grammy for Song of the Year was especially historic, because he was the first rapper to win in the category.

Ehrlich told the NY Times that there remains a pain point between hip-hop and the Grammys.

“The fact of the matter is, we continue to have a problem in the hip-hop world,” Ehrlich told the Times. “When they don’t take home the big prize, the regard of the academy, and what the Grammys represent, continues to be less meaningful to the hip-hop community, which is sad.”

But that is Ehrlich's interpretation of why some artists declined to perform at the show, and Glover's own reasons for not attending the Grammys are currently unknown.

So instead of seeing Gambino accept his Grammys on stage when his name was called for Record of the Year, viewers saw one of the song's producers, Ludwid Göransson, accept the award on his behalf. "I just want to say, creating music with Childish Gambino has been one of the greatest joys of my life," the producer said in the speech. "I really wish he was here right now, because this is truly his vision and he deserves this credit."

You can watch the full speech in the video below.

When Gambino was named the winner for Song of the Year, presenter John Mayer told the audience, "Childish Gambino could not be here tonight, but we accept this award in his honor." Then, co-presenter and show host Alicia Keys held up the Grammy with pride, calling his name.

You can see the full moment in the video below.

Gambino won a total of four Grammys on Sunday night. In addition to Song and Record of the Year, the rapper was also named the winner for Best Rap/Sung Performance and Best Music Video for "This Is America." He was also nominated for Best R&B Song for his single "Feels Like Summer."

Although "This Is America" was a big winner at the Grammys, Gambino's absence on his big night was felt by the audience.