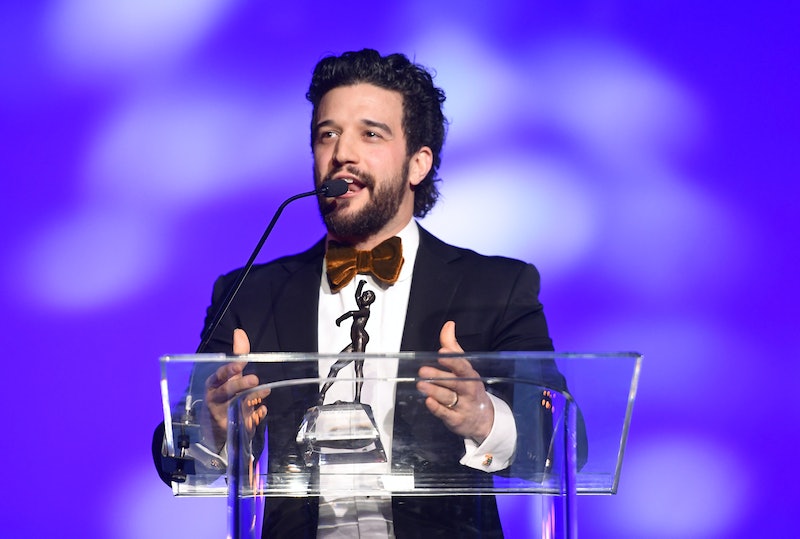 After 26 seasons of Dancing With The Stars, some of the real stars of the series are the dancers themselves. This is certainly the case with Mark Ballas, who has become a fan favorite since he joined the show in 2005. But his absence from the Season 26 cast will have fans asking why Mark Ballas isn't on Dancing with The Stars in 2018.

This isn't the first occasion in which the two-time Mirrorball winner has taken a step off the stage. Ballas left the series once before to play the lead role of Frankie Valli in the Broadway run of Jersey Boys, but returned for Season 25. The first time that Ballas took a break from the series, the dancer posted a heartfelt letter to his Twitter feed thanking those who supported him during his time on Dancing With The Stars. Then, Ballas returned to DWTS following his time on the Broadway stage and placed second alongside celebrity violinist Lindsey Stirling.

However, Ballas' short-lived return seems to have come to an end with no indication that he could return for future seasons of the series. In an interview with Closer Weekly, when asked about his future with the series Ballas said, "I don’t know if I’ll be back in the future."

Ballas' absence from the Season 26 cast was noticed by fans, who took to social media to express their disappointment that the beloved dancer would not be hitting the stage with a celebrity partner for the athletes-themed season.

However, just because Ballas is not on the show does not mean that he will not be busy. For now, Ballas has been continuing to work with his wife, BC Jean, on their musical duo Alexander Jean. Ballas told Closer Weekly that the band has been "playing in some awesome, big theaters and it's going to be great to get to perform for those fans and be out on the road again, and it's cool because we're going all over the country." The group closed out their third tour as a band at the end of 2017 and are continuing to work on recording new music.

While Ballas has not mentioned why he won't be returning for Dancing With The Stars, one of the reasons he won't be on this season may be the same reason he stepped away after Season 22. Playbill reported that a run of Jersey Boys at St. Louis venue The Muny will be starring Mark Ballas as he reprises his role as Frankie Valli. The production will start running on July 9, 2018, which means that the performances and rehearsals could have been in conflict with the Dancing With The Stars schedule. While America may miss out on seeing Mark Ballas, those in the St. Louis area will be able to see Ballas not only dance, but sing and act as well. He's a total triple threat.

Season 26 of Dancing With The Stars will definitely be missing Ballas — a longtime staple of the show. But, he's not out of the public light or dancing scene by a long shot. With the impressive record that Ballas has accumulated, including two first place finishes and multiple second place finishes on DWTS, Ballas is just as much of a star as the stars that he is dancing with. And, while Ballas expressed uncertainty as to whether or not he would be back in the future, the show would be lucky to have him in between performances of Jersey Boys. So, I'm sure that door will always be open if he wants to return in 2019. For now, though, stay tuned to see what he's got coming next.

More like this
Selena + Chef Season 4 Was Filmed At Hannah Montana's Old Malibu House
By Jake Viswanath
HSMTMTS Season 3 Will Give Olivia Rodrigo’s Nini A “Proper Sendoff”
By Brad Witter
Is Nathan Fielder Dating Anyone? What 'The Rehearsal' Star Has Said About His Relationships
By Grace Wehniainen
Khloé Kardashian & Tristan Thompson Welcome Their Second Baby Via Surrogate
By Grace Wehniainen
Get Even More From Bustle — Sign Up For The Newsletter