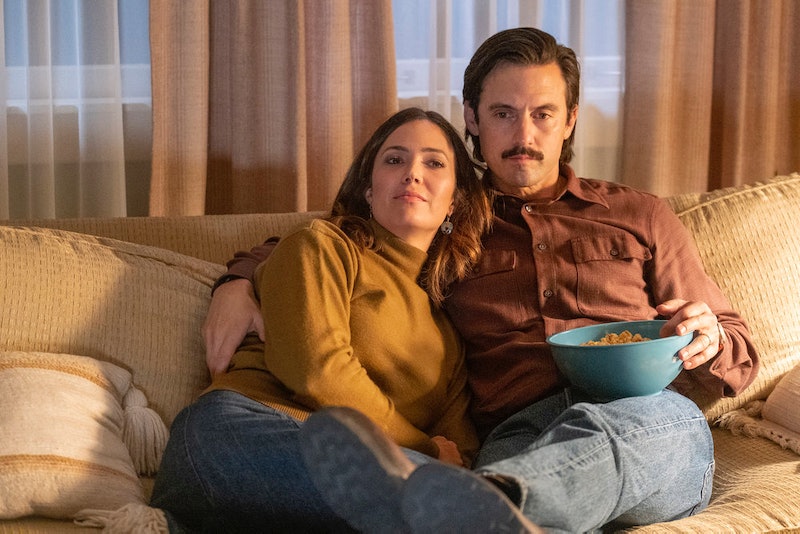 Randall Pearson’s therapy sessions have only just begun, but fans are going to have to wait an extra week to find out what happens next on his road to self care. That’s because a new episode of This Is Us won’t air on March 3. Instead, the schedule will be pushed back one week and return with new content on March 10. The cause for this minor delay begins and ends with two words: Super Tuesday, when 14 states hold their primaries. NBC has blocked off a three hour time slot that evening, from 8 p.m. ET to 11 p.m. ET, to deliver results and analysis. While there is still a long way to go until the Republican and Democratic conventions this summer, Super Tuesday is important to get a broader view of who's pulling ahead or not. Given how contentious the 2020 presidential elections are going to be, it's only right that the Pearsons get bumped in the name of democracy.

Get ready for it to keep happening, too, as more primaries, debates, and the conventions take place leading up to November 2020. The series is no stranger to being put on the back-burner (temporarily) in order to make way for various political matters. This Is Us didn’t air a new episode on Feb. 3, exactly one month ago, due to President Trump’s State of the Union address, which took place from 9 p.m. ET to 11 p.m. ET that evening. Now, once again, fans will be forced to wait to see where the Pearson family’s journey goes from here, though given the promo for the upcoming episode, it will prove to be well worth the effort.

In fact, it may finally shed some light on what happens to cause the pending feud between Randall and Kevin — something that was teased in previous flash-forward that revealed the two brothers were no longer on speaking terms.

For months, fans have speculated what could’ve happened to make these two siblings have such a major falling out, especially given how close they’ve become over the last few seasons. Many predicted it had to do with the secrecy surrounding Rebecca’s illness, while others wondered if it had something to do with Kevin’s mystery wife. However, neither of those possibilities seem to be the case.

The promo for “New York, New York, New York” finds Randall and Kevin butting heads over Rebecca’s well-being. “Wrap your brain around the fact that maybe, just maybe, I actually know what’s good for our mother,” Kevin says after a voiceover of Randall proclaims, “I’ve been taking care of mom for 20 years.” So the problem isn’t so much knowing about Rebecca’s condition, but rather agreeing on the best course of treatment.

As Randall shared during therapy, he has a difficult time giving up control to someone else and believes that he is the one person who has kept their family together all these years. The idea of Kevin stepping up and taking the reins in that department never even occurred to Randall, which could be what starts putting a strain on their relationship. It may just be one factor in a much bigger and more complicated story, but it’s a catalyst that could kickstart this whole thing into motion.

It may take us an extra week to get there, thanks to Super Tuesday, but from the look of things, it’ll be an episode that won’t disappoint.