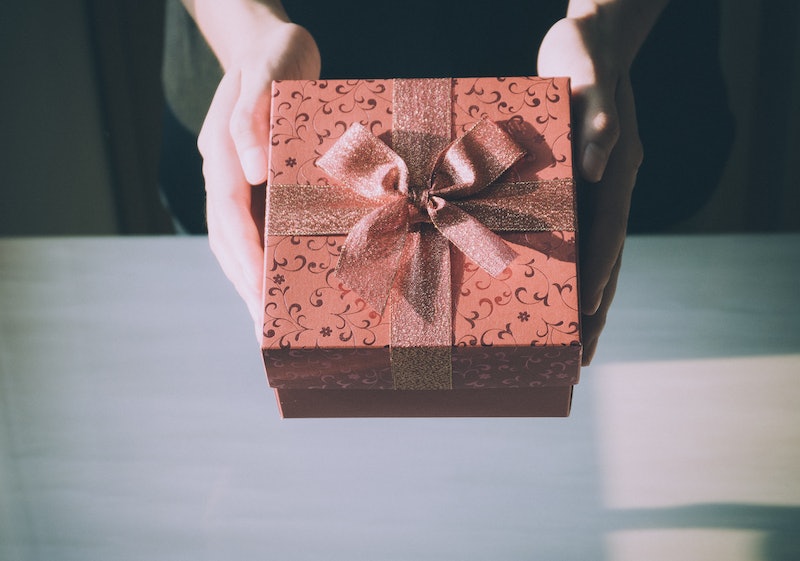 I have given up on trying to find the perfect present for my dad, and have conceded to giving him a thoughtful card when Father's Day rolls around (Dad, if you're reading this: sorry). Psychologists have a few theories as to why it's so hard to buy Father's Day gifts and why we wait until the last possible moment to hit the mall, liquor store, or hardware emporium hoping for a small miracle. If you're feeling the confusion and doubt, take heart, because dad isn't really helping to make your decision any easier.

My dad doesn't seem to really need or want anything (within my price range). When I ask him if there is something he's had his eye on lately, he just shrugs and says, "I don't know. Don't spend your money on me." While the sentiment is a kind one, it's frustrating to come up with dad gift inspiration all on my own — and it seems I'm not alone. Kit Yarrow, a consumer psychologist and professor at Golden Gate University, interviewed several dads about their gift preferences in anticipation of the holiday and all she got out of them was vague responses ranging from “Oh, nothing” to “I just want my kids to be happy.” Yarrow found that if dads were forced to answer the question homemade cards and edible gifts were among their top choices. As someone about to turn the big 3-0, the thought of constructing a homemade card fills me with terror, but it seems you are never too old to break out those crayons!

According to Yarrow, part of our gift confusion stems from the fact that dad's roles in the family are changing. Gone are the days of the pipe smoking, emotionally withdrawn Mad Men-era dad, demanding to be addressed as "Sir" even at home. "The emotional constraints that previous generations of fathers were stuck with may be loosening up, and today’s fathers enjoy a greater level of emotional intimacy with their kids," writes Yarrow in Time. "Yet the vision of dad as a provider, rather than a recipient, remains entrenched in society." It seems kids are left in a difficult position: we feel more connected to our dads and really want to give our pop a present, but when it comes down to hunting for the perfect gift, we're still stumped.

According to market research by the National Retail Federation, people tend to shell out more cash for moms than they do on Father's Day, with total spending on Mother's Day reaching almost 24 billion compared to Father's Day's 15.5 billion. It seems we're more likely to save up for a showy gift for mom, with people spending on average $186 on mom and $135 on a token of appreciation for dad. Father's Day is gaining prominence, however, with spending for dear old dad is increasing at a faster rate than Mother's Day.

Instead of buying dad yet another automatic wine opener or more grill accessories this Sunday, Yarrow recommends thinking outside the traditionally wrapped gift box. A present that comes with a personal touch such as doing an activity he enjoys, baked goods, and custom or homemade gifts will make a bigger statement and be more cost effective. When it comes to Father's Day, it really is the thought that counts.