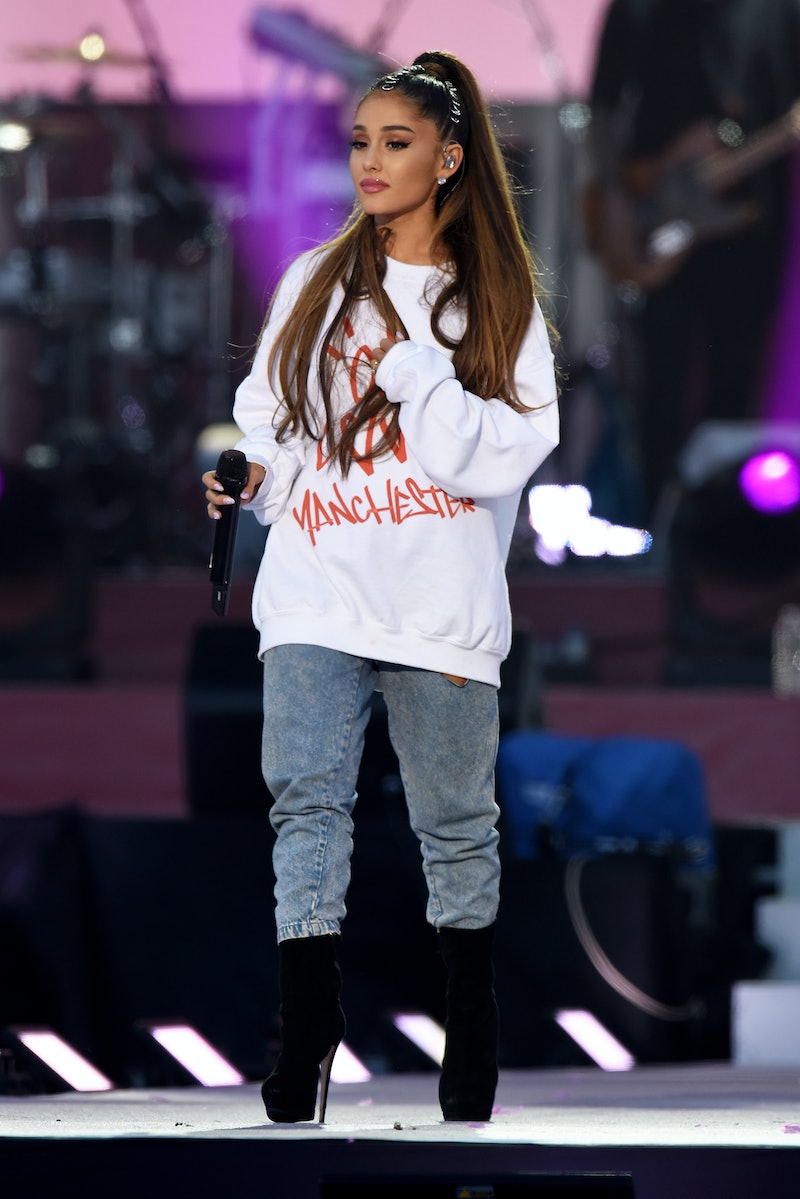 In May, Ariana Grande showed how much she cared for the city of Manchester with her One Love Manchester benefit concert, and the city is returning that love. Manchester named Grande its first honorary citizen on Wednesday, a motion that was passed unanimously by the city council. The honor is in recognition of the star's work during the aftermath of the Manchester bombings; her benefit helped the city pay tribute to those whose lives were lost and raise money for victims and their families. The event raised over $13 million. The title was proposed last month by the head of the Manchester city council, Sir Richard Leese, and in the future, it may be bestowed on others.

In light of the tragic attack, Grande could have stayed away from the region. Instead, she returned to the city, met with victims, and put on a spectacular performance that sent a message of solidarity and strength. According to NBC News, Leese cited the star's bravery and determination before the council voted.

"It would have been understandable if [Grande] had never wanted to see this place again again," he said, according to NBC. "But she determined she would not to perform again until she had returned to Manchester. In doing so she brought comfort to thousands, she raised millions for the We Love Manchester Emergency Fund. That’s why I propose Ariana Grande is made the first honorary citizen of the city of Manchester."

The One Love Manchester concert took place in the city just one week after the attack on the Manchester Arena. It included artists like Coldplay, Pharrell Williams, Miley Cyrus, Liam Gallagher, Katy Perry, and more. The event took place on the Old Trafford Cricket Ground, and it served as a powerful tribute for local audiences and viewers all over the world. The success of the benefit and the time she spent with victims showed determination and strength from the star.

Outside of Manchester's "Freedom of the City", which has only been awarded four times in history, the honorary citizenship will be the city's highest honor.

"We’ve all had cause to be incredibly proud of Manchester and the resilient and compassionate way in which the city, and all those associated with it, have responded to the terrible events of May 22nd with love and courage rather than hatred and fear. Ariana Grande exemplified this response," Leese wrote in a statement, according to ABC News. "I think many people would already consider her an honorary Mancunian and will be delighted, now the Council has approved the proposal, to make it official."

According to NME, the Halle String Quartet played Oasis' "Don't Look Back In Anger" at the end of Wednesday's council meeting. Grande performed the song with Coldplay's Chris Martin during the Manchester Benefit, and NME reports that Manchester Mayor Eddy Newman said the song has become "anthem for the way the city and the people of Manchester have remained strong and committed to peace and justice in defiance of the act of evil that was committed at the arena.”

Grande played an important role in helping the city heal and move forward, and her powerful work inspired a title of its own. Ideally, others will follow her example and will be awarded the same honor for their positive contributions in the future. At this time, the star has not responded to the honor, but let's hope it shows how much her message of love and strength resonated with the city.