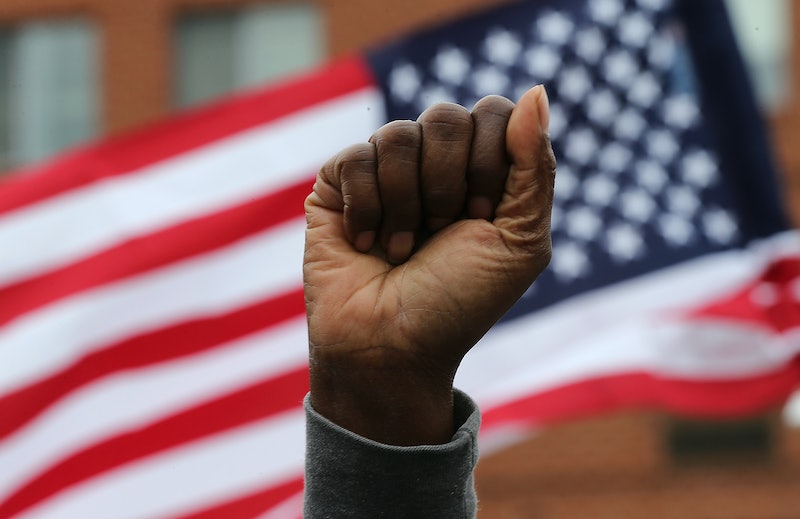 OxfordDictionaries.com defines a "patriot" as someone "who vigorously supports their country and is prepared to defend it against enemies or detractors." People fighting on either side of the political divide may very well see themselves as one. And if you take part in protests and demonstrations, if you spread awareness and show solidarity online, all to defend the country you love, you may see yourself as a patriot, too. But by definition, patriots are those who are all in, willing to risk their jobs and even their lives for their nation. Rumana Ahmed is one of those people, an American patriot.

In an exceptional essay for The Atlantic, Ahmed, a former National Security Council senior advisor, details her contrasting experiences working in the Obama and Trump White Houses. And as she writes of the transition:

I thought I should try to stay on the NSC staff during the Trump Administration, in order to give the new president and his aides a more nuanced view of Islam, and of America's Muslim citizens.

If you haven't read the article yet, go read it now. If you've already read it, read it again. And while you do, keep in mind how much Ahmed risked — as a woman of color, as the child of Bangladeshi immigrants, as a Muslim woman, all working in American government — to put her story out there. Even knowing how Trump has responded to criticism and resistance in the past, the barriers of entry for Muslim Americans working in government, and that violence targeting Muslims may be on the rise, she shared her story anyway for the entire country's benefit. That takes major guts.

Offering a glimpse into how the White House looks today and the pervasiveness of Islamophobia in the U.S., there's a lot to learn from her piece. And the power of her statement, especially coming from a person with intersecting marginalized identities working in government, cannot be overlooked. There's a new wave of progressive activism in the U.S., but, as has always been true, some people risk more in taking part than others. Just look to the recent Day Without Immigrants protests, participating in which cost many people their jobs. Or think of those whose abilities to speak out on politics is severely limited as they could face possible arrest and deportation. Still think of those other people of marginalized identities for whom simply moving through this society is a major, and exhausting, act of resistance already.

It's important for everyone to speak out, but it's also important to recognize the sacrifices people directly targeted by Trump administration policies are making when they choose to share their stories. Ahmed has done a great service in writing this essay and putting herself out there. And hopefully she will encourage other people of all identities to put themselves out there so bravely, too.