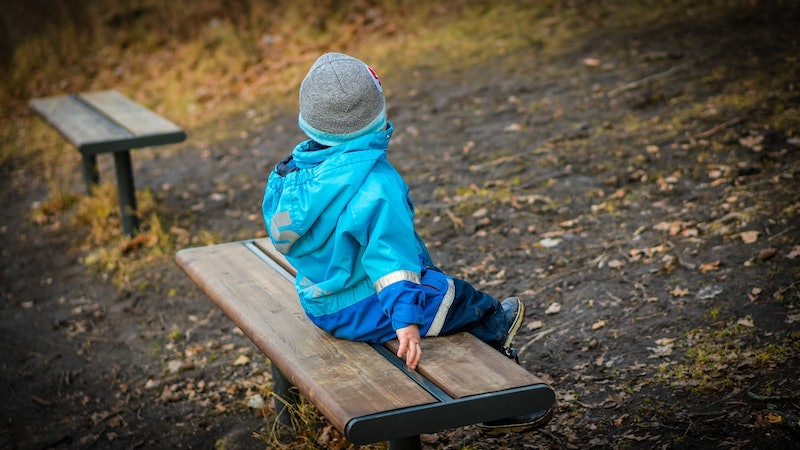 Social media offers us the opportunity to do a lot of good. Supporting causes, raising awareness, crowdfunding for those in need, and even offering emotional support by "hearting" a friend's post make these online communities invaluable — but when it comes to sharing missing child alerts on Facebook, you may want to think carefully before clicking "post."

A common initial reaction when coming across one of these upsetting calls to action is to try to get the word out as fast as possible, and, of course, there is no better way to spread news and information than through Facebook. The News Feed is a powerful tool (as we saw from the 2016 presidential election). But while there have been instances where social media attention has helped in the location of a missing person, the Royal Canadian Mounted Police recently noted in a post of their own that there could be unintended consequences, such as spreading false information — or, even worse, endangering the child in need.

The Facebook post, which was published by the Kindersley RCMP on Monday, points out that children are more likely to be abducted by a relative, than by a stranger or acquaintance. These "family kidnappings" make up nearly 49 percent of all abductions, and usually involves the victim's parents. Kindersley RCMP warn on their Facebook page that by posting photos of a missing child, you may unwittingly be leading a (possibly dangerous) parent that has been barred from seeing the child by court order to the location of the child and other parent in hiding. In other words, they may be missing for their own safety.

Before sharing a post of sensitive nature, the RCMP advises doing a little extra research to verify the source of the information (a good rule of thumb before sharing anything on Facebook, really). Look for an Amber Alert, police source, newspaper coverage, or on the verified missing persons page for your state to make sure your good deed isn't putting anyone at risk. There have even been instances where social media works itself up into a frenzy over nothing, notes the Daily Dot. In one case of extreme catfishing from 2014, French police spent time and resources attempting to locate a two-year-old boy, when, in fact, he was an internet hoax with a fake Facebook profile.

Facebook has turned into a modern-day milk carton, and that isn't necessarily a bad thing. Social media can help speed up investigations — the circulation of photos and videos of perpetrators and victims has lead to several cases of strangers identifying them in public, aiding the police and saving lives.

While time is certainly of the essence when looking for a missing child, be sure to take the few extra minutes to verify your sources before sharing one of these posts. Facebook isn't perfect when it comes to what gets published, but with the right due diligence it can be an incredibly useful tool.