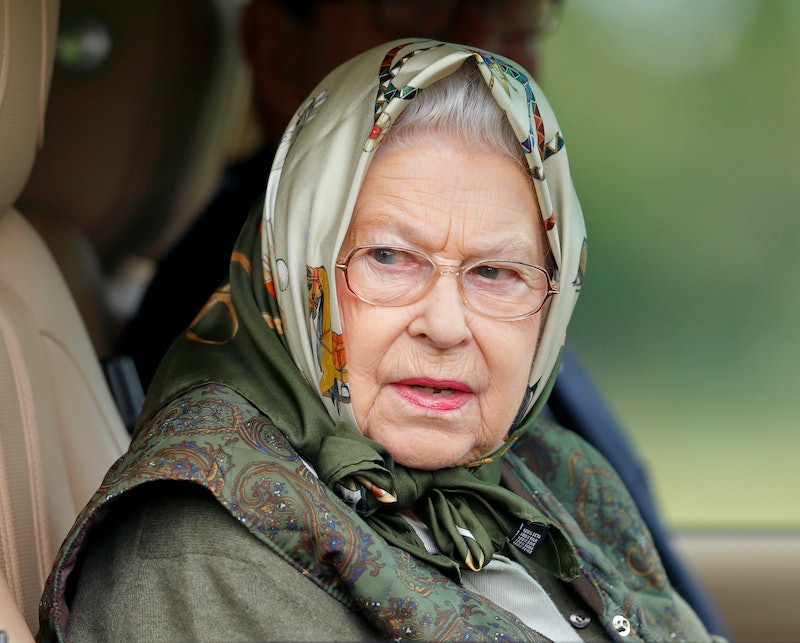 Among the worries associated with being a monarch, being locked out your house is probably low on the list. But this was put to the test last week when the Queen was locked out of Windsor Castle. Forgetting house keys thankfully wasn’t part of the problem here, instead it was due to the lack of a gatekeeper at one of the entrances.

The monarch and her protection officers were seen trying to enter Nelson’s Gate last Thursday, which is a routine visit for her as she “usually arrives there on Thursday afternoons and leaves again on Tuesday,” The Mirror reports. You’d think security at the gate would be anticipating her arrival, but that didn’t seem to be the case this time.

Two black range rovers could be seen sitting outside the entrance before a bodyguard stepped out and attempted to open the huge wooden gate to no avail. The convoy then reversed up the path to “try their luck at another entrance”, as the Daily Mail reports, but made a U-turn back to the gate which then opened as they approached.

“[I’ve] never seen anything like it in 30 years,” an onlooker told the Daily Mail. “I’m not sure if someone was sleeping on the job or simply that they were not expecting her, but it’s unheard of. And it’s not too often you get to see a queen locked out of her own castle.”

Photographed sitting in the back seat of one of the cars, the Queen was spotted alongside one of her dogs, both of whom looked slightly miffed. However, despite her facial expression, I can’t help but feel that the Queen saw the humorous side of the situation. I mean, who would’ve imagined the Queen being stuck outside Windsor Castle of all places.

More like this
Spencer Matthews’ Impressive Net Worth Expands Far Beyond Chelsea
By Sam Ramsden
Con O'Neill Was Connected With Sarah Lancashire Long Before 'Happy Valley'
By El Hunt
Twitter Can’t Get Over This One Part Of Lily Allen & David Harbour’s House
By El Hunt
'Bridgerton' S3 Will Show A *Very* Different Side To Kanthony
By Sam Ramsden
Get The Very Best Of Bustle/UK
Sign up for Bustle UK's twice-weekly newsletter, featuring the latest must-watch TV, moving personal stories, and expert advice on the hottest viral buys.