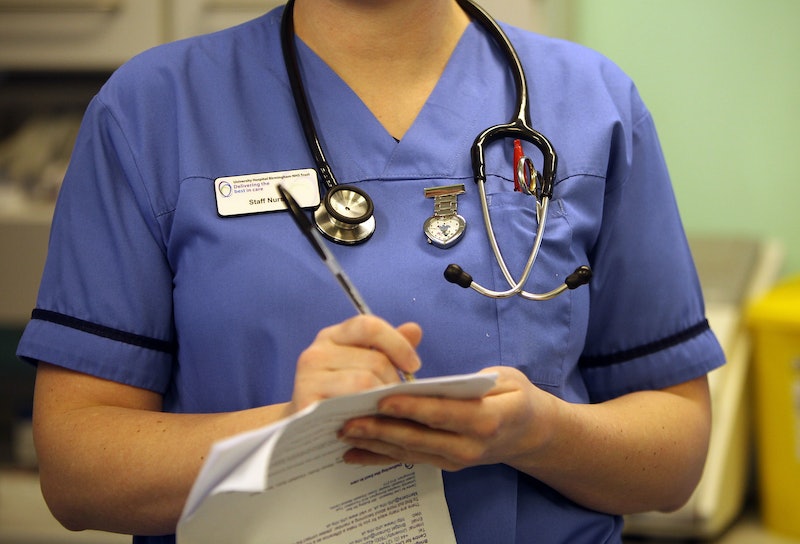 President Donald Trump recently signed a controversial executive order temporarily banning refugees and travelers from seven majority Muslim countries from entering the United States. But besides preventing many people from legally entering the country, Trump's order has other consequences, especially for rural America. In fact, the immigration ban could lead to doctor shortages across the country.

As of 2015, close to 28 percent of the United States' doctors and surgeons were immigrants, according to the Migration Policy Institute. In fact, more than one-fifth of the country's health care workers are immigrants; health care is actually the industry with the largest proportion of foreign-born and foreign-trained workers in the country, Vox reported. But even with such a large proportion of immigrant health care professionals, the Association of American Medical Colleges projected a physician shortage ranging between 61,700 and 94,700 doctors over the next decade. The results were published in April 2016, before Trump was elected.

"Doctors — especially in rural areas that were the key consistency that supports Trump — tend to be foreign-born," Nicole Smith, a chief economist at the Georgetown University Center on Education and the Workforce, told Vox. "The old adage that foreigners are doing the work no Americans want to do even applies to medical doctors." Unfortunately, by keeping doctors and medical students from the countries affected by the travel ban out of the United States temporarily, Trump could directly add to a lack of doctors across the country.

"There could very well be a patient in a rural area who had an appointment with their doctor this week and the doctor was not allowed back into the country," Matthew Shick of the American Association of Medical Colleges told CNN Money. "At a time when the United States is facing a serious shortage of physicians, international medical students are helping to fill an essential need.”

Thousands of people intending to enter medical schools apply for non-immigrant J-1 visas each year; there are currently 1,000 visa applicants from the seven banned countries attempting to attend U.S. medical schools starting this year, CNN Money reported. Many of these students apply to stay on in the United States by obtaining visas that specify they can stay in the country if, after they complete their residencies, they work for three years in an underserved, often rural, area.

Graduating medical students will be matched with residency programs in March, but with the immigration ban in place, students from impacted countries could miss out on residency opportunities. Mona Signer, the National Residency Match Program’s president, told CNN Money that medical organizations and teaching hospitals are trying to figure out what this means for students. “It seems likely that residency program directors will be reluctant to rank J-1 visa applicants because they may not be able to enter the country to begin training," she explained.

The immigration ban goes beyond impacting potential medical students; it also negatively impacts people who desperately need health care. If Trump wants to protect the interests of the United States and its people, he would do well to repeal the travel ban.