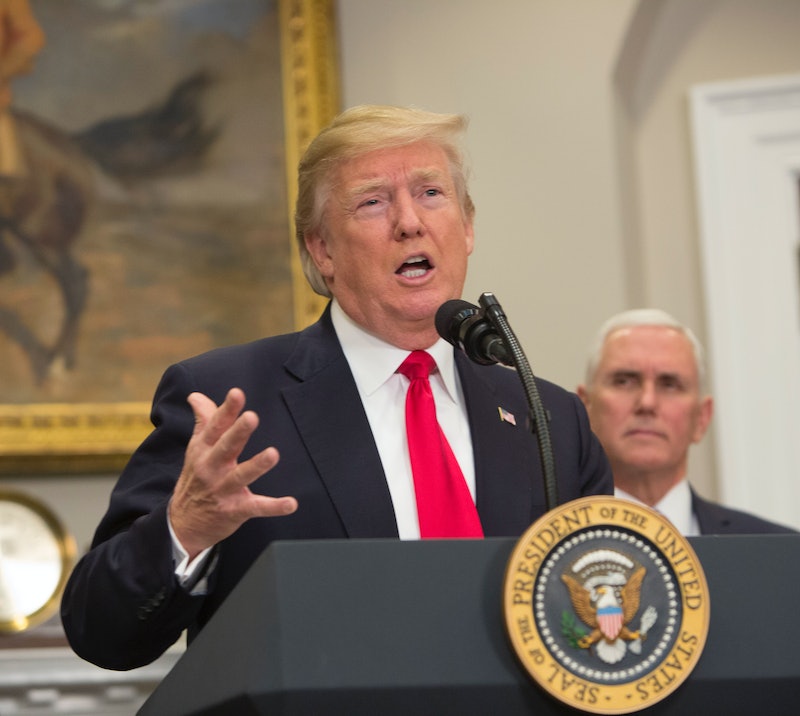 According to a document released Friday by the Department of Health and Human Services (HHS), the Trump administration will make it harder for Planned Parenthood and other abortion providers to receive federal funds by funneling much of that money to organizations that promote abstinence and other non-contraceptive forms of birth control instead. The decision set off alarm bells for proponents of abortion access, contraceptive availability and other proven forms of family planning.

The policy move comes in the form of a change to how funds for Title X are distributed. Title X, the federal program aimed at providing family planning and related health services to low-income women, is set to dole out $260 million in grants to health centers across the U.S. in 2018, according to HHS.

This language does not mean that Planned Parenthood — which, POLITICO noted, currently provides services to 41 percent of Title X recipients — will be completely shut out from receiving Title X funds. Valerie Huber, acting deputy assistant secretary for the Office of Population Affairs at HHS, explicitly told reporters that Planned Parenthood is still eligible for Title X funds, according to POLITICO. However, the document's repeated emphasis on conservative approaches to birth control, such as abstinence and "fertility awareness," prompted condemnation from women's health groups that the Trump administration is trying to starve abortion providers of funding in favor of demonstrably less effective approaches to birth control.

"The Trump-Pence administration is quietly taking aim at access to birth control under the nation's program for affordable reproductive health care, which 4 million people rely on each year," Dawn Laguens, executive vice president of Planned Parenthood Federation of America, said in a statement. "This is a clear attempt to roll back access to the type of birth control that most women want to use. The last thing anyone wants is for Donald Trump or Mike Pence to weigh in on her sex life — but this announcement essentially invites them into the bedroom."

Despite what some members of the Trump administration insist, however, study after study has found that the abstinence-only approach to pregnancy reduction doesn't work. In 2011, a study from the University of Georgia Research Foundation concluded that "abstinence-only education as a state policy is ineffective in preventing teenage pregnancy and may actually be contributing to the high teenage pregnancy rates in the U.S." A 2017 study published in the Journal of Adolescent Health came to the same conclusion, with one researching adding that abstinence-only programs leave "our young people without the information and skills that they need" to make informed decisions about their health.

The document also makes repeated, positive references to "fertility awareness," also known as "the rhythm method." According to the HHS itself, however, 25 percent of couples who use the rhythm method over the course of a single year will get pregnant. By contrast, condoms — which aren't mentioned once in the HHS's document — are effective 98 percent of the time when used correctly.

That said, Huber stressed that no Title X funds for 2018 have actually been distributed yet, and that every application will be considered when the time comes to dole out the money.

"It's impossible to speculate who's going to get funded," Huber told the Associated Press. "An objective grant committee looks at every proposal."