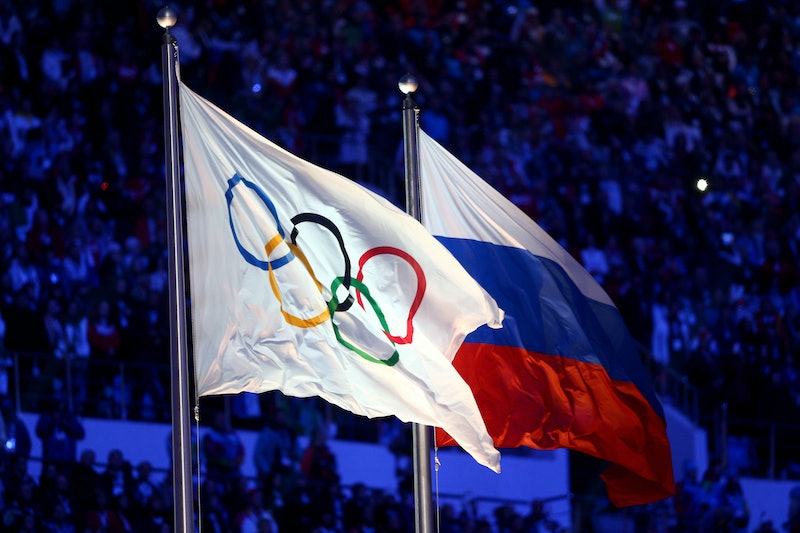 On Tuesday, the world of international athletics was upended by some of the biggest news in modern Olympics history. If you've only seen the headlines so far, you might be we wondering why Russia was banned from the Winter Olympics in PyeongChang, South Korea, next year — and why the International Olympic Committee decided on such a severe punishment.

The answer, in simple terms, is that it's a strident punishment in response to investigations into the Russian Olympic program's use of performance-enhancing drugs over the past several years. It comes hot on the heels of the IOC eliminating some of the gold medals Russia won during the Winter Olympics games it hosted in Sochi back in 2014. Despite winning a best-in-field 33 medals at the Sochi games at the time, the official record books now show the Russians with 11 fewer, owing to punishments for the country's reportedly extensive and pervasive use of doping.

In short, this new blanket ban on the Russia National Olympic Committee taking part in PyeongChang is happening for the very same reason. It's an unprecedentedly aggressive response to the reportedly huge scale of Russia's doping efforts, dating back several years.

The president of the IOC, Thomas Bach, spared no expense in criticizing Russia while announcing the ban in a statement, calling its actions an "an unprecedented attack on the integrity of the Olympic Games and sport."

Russian Olympic Committee is suspended with immediate effect. Individual, clean Russian athletes will be able to participate under strict conditions at the Olympic Winter Games PyeongChang 2018.

As Bach said, the announcement put out by the IOC includes a path for Russian athletes who haven't doped to still participate in the PyeongChang games. This is a very important compromise for any Russian athletes who haven't used performance-enhancing drugs, and don't want to be punished for the actions of the their country's Olympic program. People's athletic primes only last so long, and an elite-level competitor being forced to wait four more years than expected to compete on the world stage is a very daunting reality.

Instead, individual Russian athletes who qualify under the aforementioned "strict conditions" laid out by the IOC will be able to compete as usual, but not under their own flag. Instead, they'll wear uniforms adorned with the Olympic flag, designating them an "Olympic Athlete from Russia," or the three-letter abbreviation OAR. In the event one of them wins a medal, they'll receive it without the Russian national anthem being played, with the Olympic anthem substituted in its place. And no medals they win will ever be officially credited to Russia ― they'll be competing as neutral individuals, in other words.

The extent of the Russian doping program has been described by investigators and observers as far beyond the scope of what was once believed, most prominently in the McLaren report, the second half of which was released nearly one year ago, on Dec. 6, 2016. It found that the doping efforts between the years of 2011 and 2015 involved more than 1,000 athletes, and had a staggering effect. According to the author of the report, Richard McLaren, the 2012 London Olympics were "corrupted on an unprecedented scale."

"It was a cover-up that evolved from uncontrolled chaos to an institutionalised and disciplined medal-winning conspiracy," McLaren said, as detailed by the BBC.

All in all, that's the stated reason that the IOC decided to ban Russia outright from the 2018 Winter Olympics: as punishment for what's been characterized as one of the biggest doping programs in the history of modern athletics, carried out at a national level. It remains to be seen what long-term impacts this will have on Russian Olympic participation, if any, but at least some of the country's athletes will still be able to participate.