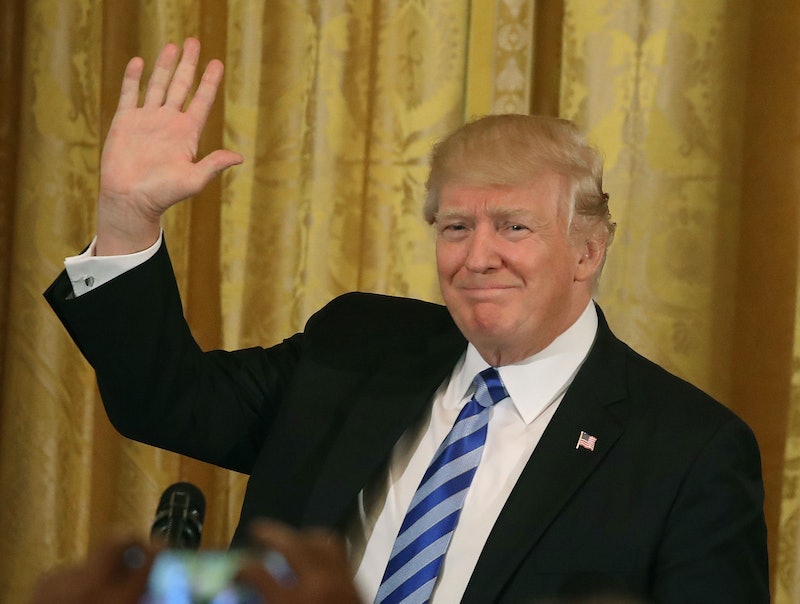 On Friday, President Trump killed the American Health Care Act, reportedly ordering House Speaker Paul Ryan to shelve Trumpcare less than a hour before it was to be voted on. So, why was the AHCA killed?

Because math, that's why. Amazingly, after spending seven years campaigning on a promise to repeal Obamacare, Republicans simply didn't have the votes to repeal Obamacare. So, rather than hold an embarrassing vote that was destined to fail, House Speaker Paul Ryan yanked the bill entirely. Republicans killed the AHCA — and shortly thereafter, Trump told the Washington Post that he won't be returning to health care reform anytime soon. Ryan communicated that same message to House Republicans, according to BuzzFeed. Trumpcare is dead, and Obamacare is here to stay.

Let's not sugarcoat it: This is an unmitigated disaster for Trump and the Republican Party. It's hard to count all of the reasons why, but I'll try.

First of all, it reveals that the GOP's longstanding pledge to repeal Obamacare wasn't an actual plan or proposal. It was, rather, a campaign strategy that Republicans used to consolidate opposition to President Obama and win elections. It wasn't a bad strategy: Republicans won control of the House in 2010, the Senate four years later, and the White House in 2016. In all cases, Republican candidates loudly proclaimed that they would repeal Obamacare if they won unified control of the government, and now, they have unified control of the government. If nothing else, this was a good campaign strategy.

However, we now see that it these were empty promises. The GOP had seven years to craft an Obamacare repeal bill that would pass muster with its own members, and had the party been serious about its pledge to repeal, it would have done so. But it didn't. Instead, Republicans tried to jam a bill through in three weeks (compared with a year for Obamacare), setting an artificial deadline for itself and refusing to extend that deadline after the initial bill lacked the support. That's not what you do if you're serious trying to effect policy.

Just as importantly, this episode reveals some serious limits to Trump's political talent. Despite his frequent claims to the contrary, he apparently isn't a very good deal-maker, as he couldn't even convince Republicans to vote for an Obamacare repeal bill.

Perhaps more damaging, the failure of Trumpcare shows us that Trump makes empty threats. In the day leading up to the canceled AHCA vote, the White House attempted to get House Republicans on board by telling them that if they didn't pass Trumpcare now, Trump wouldn't support passing it in the future. The president refused to extend the deadline by more than a day, and White House officials reportedly said things like "march or die" and "take it or leave it" to nervous Republicans in an effort to pressure them into voting for the bill.

Well, they left it. In his first major legislative push, Trump tried to get a bill passed by bluffing — and House Republicans called his bluff. Trump has been exposed as the kind of negotiator who folds under pressure, and that's going to make it pretty hard for him to effectively negotiate with Congress in the future.

Make no mistake: This was an awful day for Republicans, Trump and Ryan in particular. Conversely, it was a great day for anyone who likes the Affordable Care Act. Barring any extraordinary developments, Obamacare is here to stay.