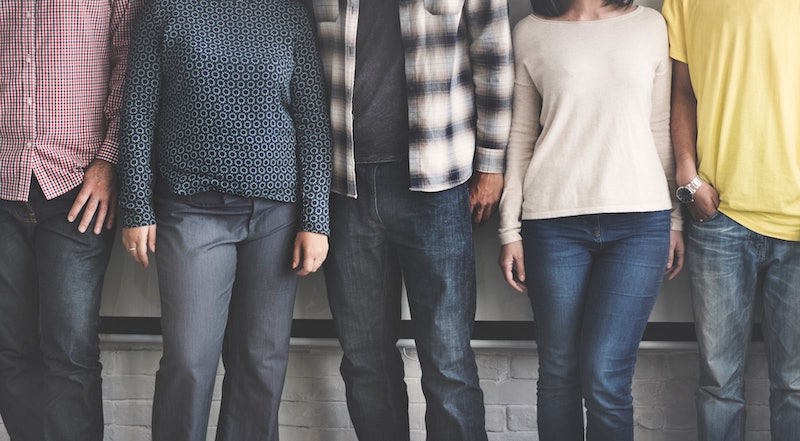 Rawpixel.com/Unsplash
By Eliza Castile
May 24, 2017

If you've ever eyed the tattooed, bespectacled crush of people at a bar in Brooklyn or been scolded by your grandmother for setting the table incorrectly, you've probably wondered why humans follow social norms so closely. They dictate nearly every aspect of our lives, from career paths and fashion choices down to how many hashtags are appropriate in an Instagram caption. Among my social circle, the answer to the latter question is no more than three, but other people might have a totally different idea. That's one of the weirdest things about social norms — for seeming so inflexible, they can change drastically depending on the culture.

So why did social norms develop in the first place? In a paper published in Proceedings of the National Academy of Sciences, researchers explored the topic using a tool you might not typically associate with psychology: computer simulations. In these simulations, "individuals" chose whether to join in on cooperative actions. These actions were divided into two types of situations early humans probably faced: an "us vs. nature" scenario and an "us vs. them" version. In the first, the group faced survival obstacles like avoiding predators or hunting for food. The second situation pitted the group against other humans — think conflicts over territory or marriage.

The computer model was based on the widespread assumption in psychology that social norms are enforced through a reward system. People who follow them are rewarded; people who don't are punished. In the computer model, individuals that chose not to cooperate with the group sometimes faced consequences.

Here's the interesting part. When faced with either type of conflict, the model predicted that "norm internalization" would quickly develop. In other words, people started to follow prescribed social behaviors instinctively. When the group punished people who didn't cooperate, this effect was even stronger. The model also found a spectrum of cooperation. On one end, "undersocialized" individuals couldn't care less about social norms, punishment or no punishment. On the other, "oversocialized" people were willing to go to extremes for the sake of the group, even to the point of sacrificing themselves.

Given that this was all based on a computer model, it's entirely theoretical. However, it shows how easily social norms are internalized. This goes a long way toward explaining a question that's puzzled psychologists for decades: Why do we follow certain social norms even when self-interest would dictate otherwise? Sweeping might not be your favorite chore, for example, but unless you're a jerk, you do it anyway when your turn comes along.

Of course, social norms aren't always so harmless. For one thing, they might encourage certain prejudices, and it's certainly no fun to be the person punished for swimming against the proverbial current — just look at the turmoil surrounding transgender rights. It's safe to say much of the discrimination faced by transgender people is a punishment, conscious or otherwise, for breaking gender norms.

Unfortunately, social norms arise in every culture. It's up to individuals to decide whether to follow them or not. Next time you're scared of someone or something unfamiliar, keep that in mind.