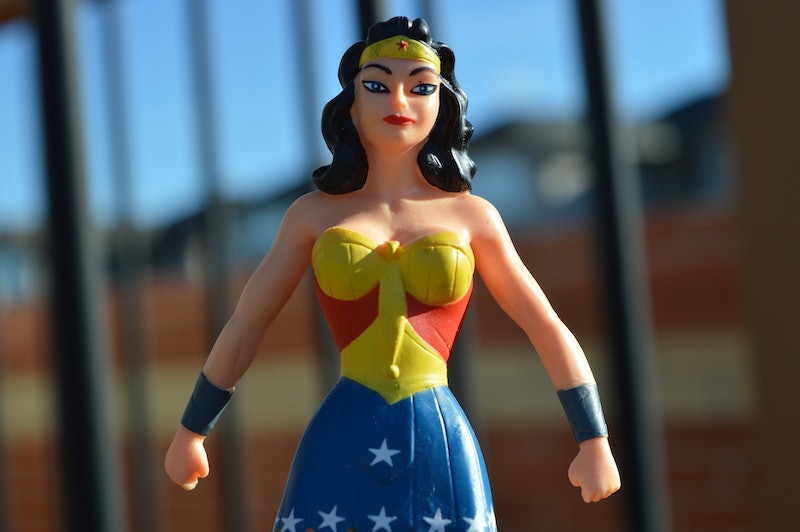 If you've ever attended a midnight screening of the newest movie about mutants, billionaire vigilantes, science experiments gone awry, or any combination thereof, you've probably wondered why we love superheroes so much. We dress up like them, proudly carry lunchboxes emblazoned with their faces, and spend hours debating who would win if pitted against each other in a fight. (The annual Superman vs. Thor debate is a time-honored Thanksgiving tradition in my family.) Even people who otherwise prefer to abstain from pop culture have a favorite superhero. The appeal of watching scantily-clad men and women dole out justice is universal, and despite what you might think, that's not an exaggeration.

According to recent research from Kyoto University in Japan, humans are drawn to heroes from early stages of development — before we can even talk. In a series of experiments, preverbal infants as young as six months were shown short animations in which one figure chased and bumped into a second. Meanwhile, a third figure watched from afar. In one version, the third figure steps in and prevents the collision, and in the other, it runs away without intervening.

After watching the clips, the infants were presented with replicas of the intervening and non-intervening third figures, and they consistently preferred the one who saved the day.

Although the babies were too young to speak, the study's results indicate they were capable of understanding the situation at hand — the intervening figure stepping in to protect the first — and recognizing heroism

That being said, there were still some nuances they didn't grasp. In some animations, the third figure helped out by virtue of being in the right place at the right time, rather than doing it on purpose, but six-month-old babies didn't show a preference for intentional help over accidental help. However, 10-month-old infants did notice the difference, suggesting that our ideas of justice develop quickly.

"These findings shed light upon the developmental trajectory of perceiving, understanding and performing [heroism], suggesting that our admiration for and emphasis upon such acts — so prevalent in thousands of stories across human cultures — is rooted within the preverbal infant’s mind," researchers concluded in Nature Human Behavior.

Much has been written about the appeal of superheroes in regards to children and adults. In Smithsonian, clinical psychologist Robin Rosenberg wrote that origin stories help us cope with adversity in our own lives, allowing us to find "finding meaning in loss and trauma, discovering our strengths and using them for good purpose." Some have compared superheroes to modern, secular Greek deities — possessed of fantastical abilities, but still imperfect (except for Superman, who remains #flawless to this day) and relatable. There's something comforting about seeing characters with extraordinary powers struggle with ordinary problems — not to mention the knowledge that no matter how "flawed" they might be, they'll do the right thing in the end. Most of the time.

But if the Kyoto University research is anything to go by, maybe our enduring love affair with superheroes is rooted in our sense of justice, which develops far earlier than you might think. Wonder Woman would be proud.