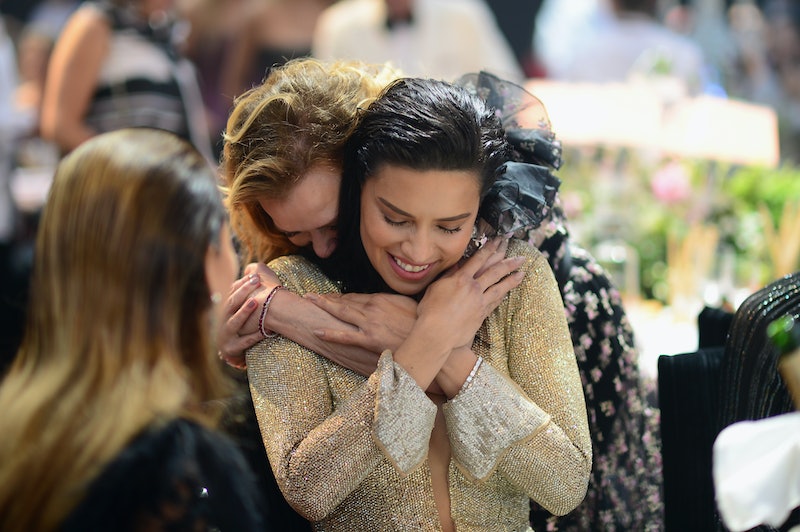 Fun fact about biology: according to various studies, women are almost twice as likely as men to experience anxiety disorders, from generalized anxiety disorder (GAD) to obsessive-compulsive disorder (OCD). But why? As with all things related to mental health, there are likely a lot of factors involved. For one, sexism has a measurable affect on mental health, in one application of minority stress; for another, hormonal fluctuations, like those related to our normal menstrual cycles, may also play a role in our mental health. But a new study of male and female mice has identified one part of the brain that may influence why women are more prone to anxiety than men, and it could change how we treat it.

The scientists behind this study, which was published in Cell Reports, were surprised to find what they did. They were looking at a part of the brain called the locus coeruleus, which is found in human and mouse brains. The locus coeruleus is responsible for a lot of things, but one of its biggest responsibilities is producing a hormone called norepinephrine. A deficiency of this hormone is linked to depression, anxiety, and sleep problems, and an entire class of antidepressant, SNRIs, is designed to raise deficient levels of it.

When the scientists looked at the locus coeruleus, they discovered something very odd: the locus coeruleus in the brains of female mice looks very different compared to the brains of male mice. For one, it's got much, much more of a receptor called PTGER3, which manages the body's stress responses. For another, it's got more genes that have been linked to depression by other studies.

Why does this difference matter? Well, during the experiment, the scientists gave the mice a standard medicine that was supposed to calm them down after a stressful experience, and only the female mice responded — because the drug was designed to interact with PTGER3. In plain English, these brain differences mean that some anxiety drugs will probably work for women and not men, and vice versa. And that's massive for everybody currently on anxiety medications — particularly women.

Of course, we don't yet know if this difference is the same in human brains as it is in mice — that'll be the next stage of the research. After all, mice aren't little humans. But if it is, it could change the game. For one, it would explain a lot of the sex difference in anxiety, which could help to reduce stigma against mental illness. For another, it would revolutionize how we treat anxiety and depression, because scientists would start to investigate treatments on the basis of sex.

The reason we're just finding this out now, by the way, is because of gender bias in medicine. For a very long time, scientists only used males — male mice, male rats, male humans — in their experiments, thinking that would provide an accurate result that applied to everybody. But it turns out (surprise!) that women's biology can be radically different. This bias can be attributed to the fact that research is still such a heavily male-dominated field, but as STEM continues to see more diversity, it's likely that our scientific findings will be better off for it, as well.

This study reaffirms why it's so important to include both sexes in tests, because the research might uncover some unexpected contrasts that can be critical in developing new medicines, or other ways to help people. Following this research, there's also the possibility of new anti-anxiety medication specifically tailored to women's brain structures. All of this is far in the future, but for now, this study serves as proof positive that gender equality in the lab is a really good idea.