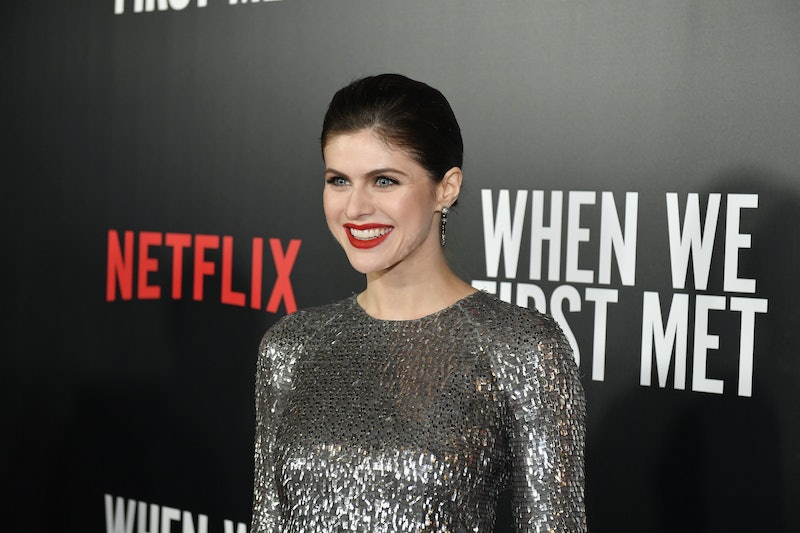 If you’re a Desperate Housewives fanatic who has watched the adventures of Susan, Gabrielle, and friends too many times to count and need something new but equally scandalous to dive into, your prayers may have just been answered. Deadline revealed on Thursday, March 7, that True Detective actress Alexandra Daddario has been cast in Why Women Kill, an upcoming dark dramedy helmed by Desperate Housewives creator Marc Cherry for CBS All Access, the network’s online streaming service. And if Daddario and the rest of the show’s killer cast is any indication, Why Women Kill will be your next twisted obsession.

Why Women Kill will focus on the lives of three women living in three different decades who all are tackling the sadly common issue of infidelity in their marriages. The characters occupy different and increasingly progressive spaces for women throughout the years— one is a housewife in the ‘60s, another is a socialite in the ‘80s, and the 2018 woman in a lawyer. And Daddario will star alongside a strong ensemble cast, including Charlie’s Angels icon Lucy Liu, Once Upon a Time star Ginnifer Goodwin, and Veep actor Reed Scott.

In the show, Daddario will play a character in the more modern 2018 story, portraying a lesbian named Jade who moves in with her lover Taylor (casting unknown) and Taylor’s husband Eli (Scott) after dealing with being stalked by a dangerous ex. But, it turns out, she might have a sinister side herself. According to her character description, according to Deadline, Jade is a compulsive cleaner, which helps her win favor with the married couple. “She impresses Eli who is thrilled to have his slacks and shirts ironed and the house kept in immaculate order. But neither Taylor nor Eli suspect that Jade may be a little crazy,” Deadline reported.

Goodwin will portray a much different character than Jade in the '60s placed protagonist, Beth Ann, a seemingly normal housewife who comes across as warm, funny, and normal, but reacts in an unexpected way when she finds out her husband is having an affair. “Beth Ann’s whole world revolves around her husband, and so she is understandably defensive and immediately in denial when told Rob is having an affair,” her character description reads, per Deadline. “Determined to learn the sordid details for herself, Beth Ann is in for a life-changing shift of perspective.”

Finally, Liu will tackle the storyline set in the ‘80s, playing a superficial socialite named Simone, whose clothes, parties, and appearance are most important to her. Why Women Kill's Simone was described by Variety as “the picture of urbane confidence, moving through the world as if it were a delightful movie starring herself." Her picture-perfect life crumbles when she finds out about the infidelities of her husband Karl, who thinks she’s “simply fabulous,” but just can't stay faithful.

While it remains to be seen whether these housewives will be as desperate as the women in Cherry's previous hit show, Why Women Kill promises to be a show that both examines women of different generations and provides top-notch scandal for our entertainment. In other words, it's sure to be absolutely killer.