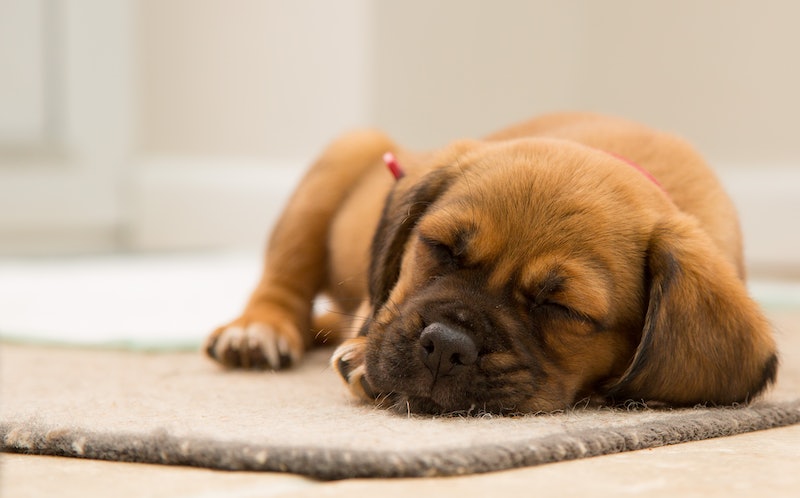 As if the swiftly flowing river of snot leaking out of your sinuses wasn't enough, illness is exhausting business. If you've ever wondered why you get sleepy when you're sick, a question you've presumably pondered while wrapped in a pile of sweaty blankets watching reruns of '70s sitcoms, you're in good company; scientists have been trying to figure out the same thing. A study published this month in eLife suggests a mechanism for why you can't keep your eyes open when you're sick, and it has less to do with the quality of those '70s sitcoms and more to do with the antics of your nervous system.

Prior research has found that when they're ill, a certain type of simple worm falls asleep in response to a chemical (called FLP-13) released from a single nerve cell, and even animals who aren't sick will fall asleep when exposed to this chemical. In the eLife study, researchers from the University of Pennsylvania School of Medicine analyzed the genes of the simple worms in an effort to better understand how FLP-13 works.

A series of experiments turned up two interesting findings: First, that FLP-13 works by dialing back the nervous system activity keeping an organism awake, and second, that a genetic mutation protected the worms against sleepiness in response to FLP-13. In turn, this suggests that the genetic mutation is necessary for FLP-13 to work in the first place.

So what does some worm's nervous system have to do with your desire to nap away your cold? Researchers believe their findings can be generalized to other animals, including humans. "Similar signaling may operate in humans and other animals to regulate sleep during sickness," said senior author David M. Raizen, MD, PhD, according to Science Daily. "These findings create a launching pad towards future research into the mechanisms for illness-induced sleepiness in humans and other organisms."

In other words, it's possible that we get sleepy when we're sick for the same reason that worms do: Our bodies release a chemical that turns down nervous activity, leading to sleepiness.

This isn't the first time researchers have looked at sleepiness during illness. In 2014, a similar study found that fruit flies who slept more when infected with bacteria had greater chances of survival.

I'd be remiss not to point out that in all likelihood, you're exhausted all the time anyway. In 2015, the Centers for Disease Control declared sleep deprivation a public health concern, pointing out that almost 30 percent of adults report getting an average of less than six hours of sleep each night. According to the National Sleep Foundation, teenagers and adults need between seven and nine hours of sleep daily, and that's just a recommendation — some individuals might need more.

And all that is when you're feeling perfectly healthy. So next time you're sick, maybe turn off the TV and take a nap instead.