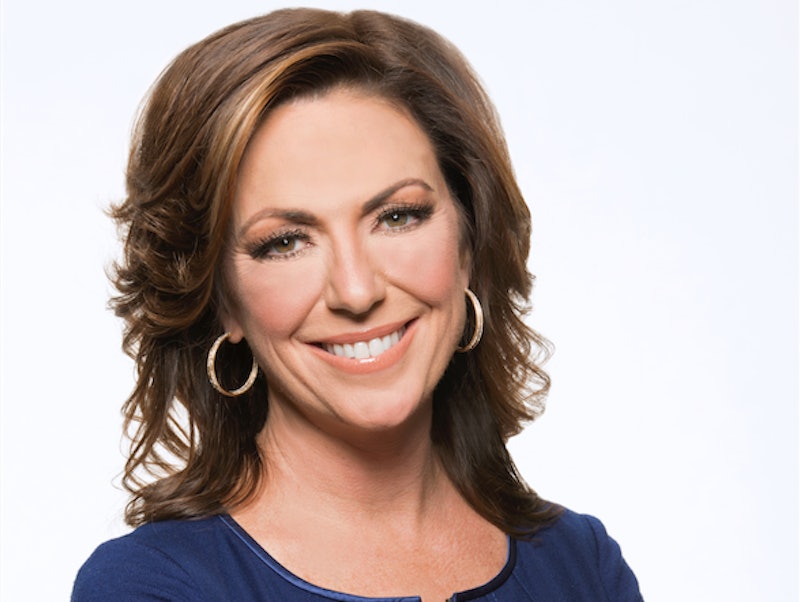 More than two years in, the federal Russia probe has become a dizzying storm of reports about covert meetings, indictments, and vehement defenses against wrongdoing. It's easier than ever to get lost, or else surrender to the overwhelming nature of it all and tune out altogether. But ABC News correspondent Kyra Phillips explains that the Mueller investigation is something you should absolutely care about — and she's hosting a new podcast that aims to help you make sense of it.

"The Investigation," a weekly ABC Radio podcast that launched Tuesday morning, will discuss major events leading up to and within Special Counsel Robert Mueller’s investigation into Russian interference in the 2016 presidential election. Phillips tells Bustle that the goal of the podcast is to help listeners digest what has become an unwieldy and chaotic chapter in modern U.S. history.

"This is a historic time for us," Phillips says. "I mean, there are landmark moments going on in this investigation and within this presidency, and we should care and we should pay attention because the implications could be grand."

As a refresher, the FBI first began looking into possible connections between Russia and the 2016 Trump presidential campaign back in July 2016, and Mueller has been in charge of the special investigation since May 2017. President Donald Trump has repeatedly denied that there was any collusion between him, his campaign, and Russia.

Needless to say, much has transpired between then and now, and Mueller's report is expected to be completed soon, according to several media reports. After it is compiled, the report will be delivered to the Justice Department. It's not currently known whether a version of that report will be made available to the public. That being said, there's a tremendous amount of information already out there, and Phillips believes it's important to understand the details.

"[People] should care because it's the President of the United States," she says, adding that the investigation doesn't just involve the president; a litany of other organizations and high-profile people have been caught up in the storm as well. "And we are talking about a DNC email hack, to Trump Tower meetings and this relationship with Vladimir Putin."

The reality is that no one on the outside actually knows what the special counsel has been compiling during the course of his investigation, or what his report will actually include. This makes reading the tea leaves of the investigation a daunting task for both journalists and the public. But in some ways, it can also make the topic of the Russia probe that much more intriguing for those following it.

"I would say [one] of the most impressive things about this investigation is that we haven't been able to build any sources on the inside to leak [information]," Phillips says. "I mean, if there's one thing Bob Mueller has a reputation for, it is to keep investigations tight."

Notably, Ivanka Trump told ABC News last week that she has "zero concern" about anyone close to her being swept up in the investigation. Phillips notes that it doesn't surprise her that the first daughter would say that, however, adding that it's difficult to predict who will eventually be implicated because the investigation has been, as she says, "airtight."

She points to all of the leaks coming out of the White House by way of comparison. They have varied in scope and significance, to be sure, but they have posed quite the challenge for the administration, as well as Trump himself, who has vented about the issue several times.

"When you can't get bits and pieces from an investigation it really leaves you wondering what the heck is going on," she says. "And President Trump is saying 'there was no collusion, this is a witch hunt.' And then you've got nothing from the other side. It has everybody wondering what does he have, what is he going to reveal."

The Trump presidency has been plagued with controversies, almost since day one, and it's not clear how the Mueller investigation will impact the administration as a whole. But there are plenty of signs that point to this probe becoming one of the most significant events of Trump's presidency. The challenge then, for the public, is getting the narrative straight.

Phillips, in conjunction with her podcast team, will work to put together the pieces. "The Investigation" will drop weekly on Tuesdays, with special episodes airing as breaking news warrants.