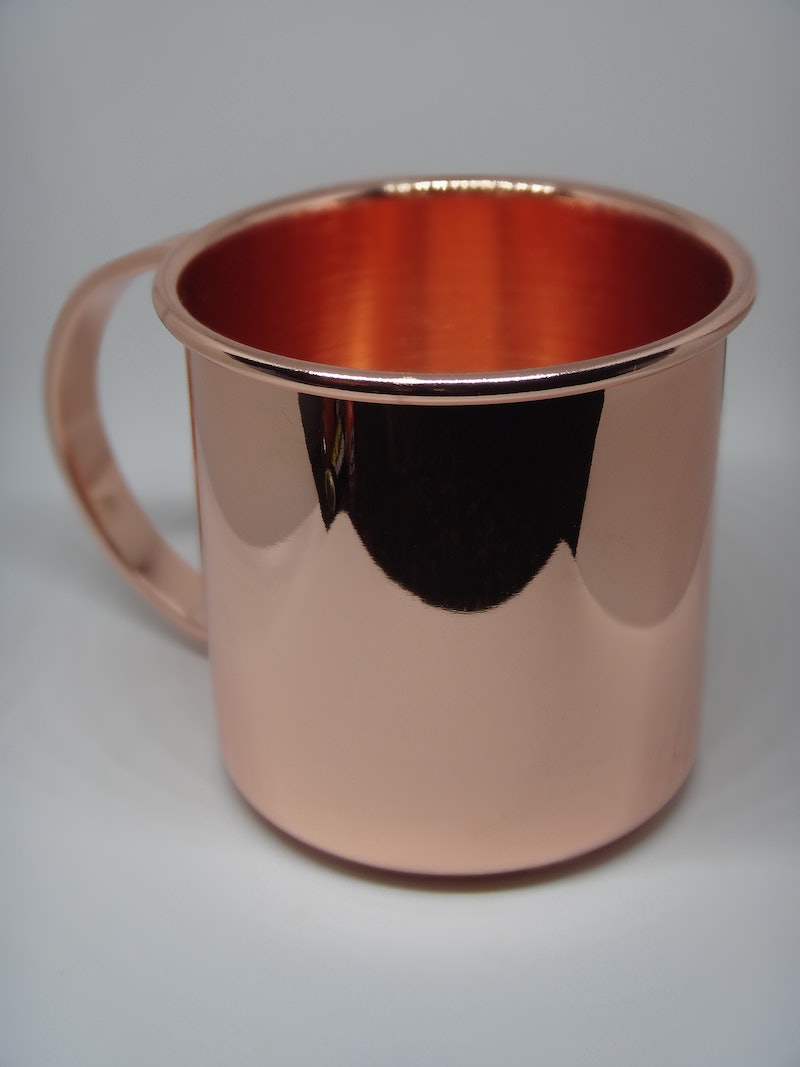 By now, you've likely heard some scary reports alleging that the copper mug you love to drink Moscow Mules in might give you food poisoning. However, you shouldn't freak out: Chances are, your trusty Moscow Mule mug that you love to drink from on the weekends is not going to risk your health. Despite the fear that the latest headlines have been inspiring, it's honestly not very likely that your homestyle copper mug is going to give you food poisoning if you drink a Moscow Mule or any other sort of alcoholic beverage from it, and there's one very important reason for this.

First off, here's the lowdown on the reports circling about copper mugs: Earlier this week, Iowa's Alcoholic Beverages Division released a warning bulletin stating that copper should not come into contact with foods that have a pH below 6.0. Such foods include vinegar, fruit juice, wine, and the ingredients that are found in a traditional Moscow mule (which has a pH that falls well below 6.0).

Now, it is true that if you drink anything with a pH below 6.0 from a copper mug, you could get sick. But, if that copper cup has some sort of lining inside, you're A-OK. The good news is, most copper cups you'll find at bars or commercially available have this lining, so more often than not, you're entirely fine to drink from a copper mug.

According to David Werning, a spokesperson for the Iowa Department of Inspections and Appeals: "It's not that if you drink a Moscow Mule from a copper cup, you're going to die." The bulletin was more geared toward creating a strong establishment and universal guideline for public restaurants and bars to be extra-cautious. It was really just reinforcing something that everyone in the food and beverage industry already knew. In fact, many chefs and mixologists avoid copper anyway because it can alter the flavor of food, and if they use a copper cup, it's probably safe to serve alcohol in anyway, because it's likely lined. Also, it's important to mention that the Centers for Disease and Control state that "Ingesting high levels of copper can cause nausea, vomiting and diarrhea, while very high doses can lead to death." So don't eat your cup! You'll be fine!

If you're unsure whether the cup your Moscow Mule comes in is lined, ask or order it in a glass. It might not look as cute, but at least you don't have to wonder if you're at risk. But, realistically, the copper mug you have at home — so long as it was made in this century — is most likely covered with a lacquer, lined with nickel, or stainless steel and totally safe to drink out of.

So go on, drink your Moscow Mule, don't add to the copper chaos — brunch can go according to plan this weekend, don't you worry.