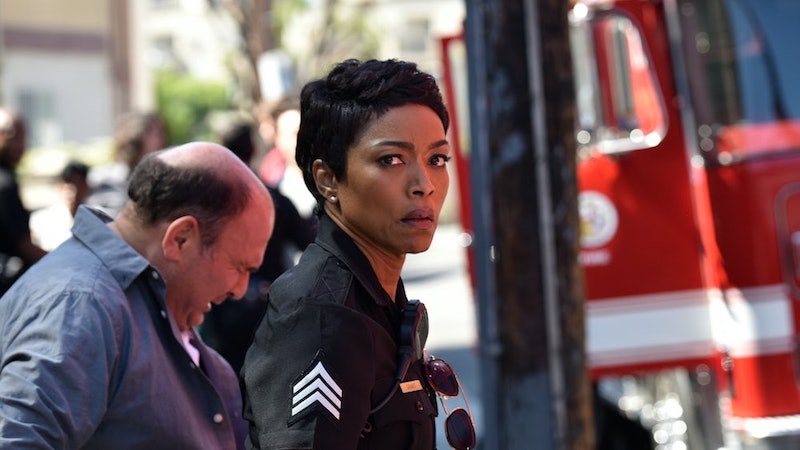 When it comes to high stakes drama, Ryan Murphy knows how to deliver. That's why it should come as little surprise that his action packed drama series 9-1-1 has already been renewed for a fourth season and is expected to premiere sometime this fall — if and when television productions are allowed to resume. The news was announced in April, when Fox also announced that the show's spinoff series 9-1-1: Lone Star would return for a second season.

“9-1-1 and 9-1-1: Lone Star are truly two of the strongest and most thrilling dramas on broadcast television, as well as being centerpieces for Fox Entertainment,” Fox Entertainment President Michael Thorn said in a statement to Deadline. “Creators Ryan Murphy, Brad Falchuk and Tim Minear, as well as their incredible teams of writers, directors, casts and entire crews, make jaw-dropping, edge-of-your-seat magic in every episode. From Los Angeles earthquakes and tsunamis to Texas-sized tornados and bucking broncos, both shows deliver incredible spectacle with strong, identifiable characters you care about week to week."

Thorn commended both shows for highlighting all the brave men and women who put their lives on the line every day in order to save others — a sentiment that rings especially true in the wake of the coronavirus outbreak. "We eagerly look forward to many more thrilling rescues in both series, which help honor this country’s brave first responders, as well as those around the world.”

No details have been released thus far about when either show will premiere, though there's still a lot to look forward to, particularly when it comes to 9-1-1's gripping two-part finale that's bound to leave fans with an equally jaw-dropping cliffhanger to last us through the summer months.

Last week, Athena experienced a near-fatal encounter with a serial rapist and Monday night's finale will find her attempting to come to terms with the aftermath of the trauma with the help of Brooke Shields' character, Dr. Kara Sanford. Meanwhile, Connie Britton will reprise her role as Abby, who now finds herself on the opposite side of a 9-1-1 call for a change. This time she isn't the operator — she's the one in trouble.

Viewers will have to tune in to see how it all plays out, but whatever happens, you can at least take comfort in knowing that these beloved first responders will be back next season.