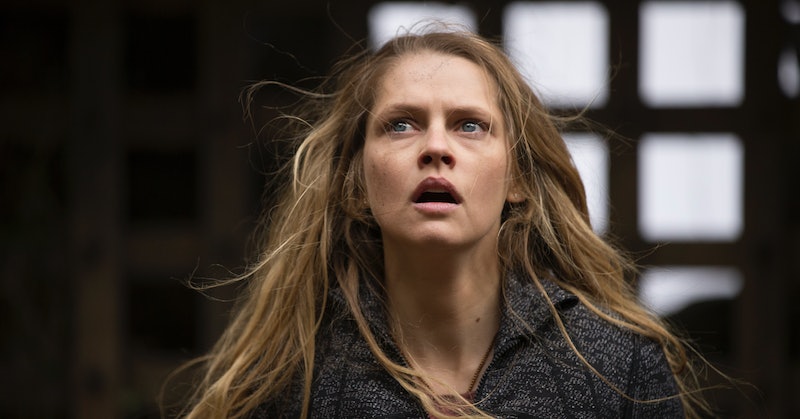 Witches, vampires, romance — A Discovery of Witches is basically Twilight after a few glasses of wine. If you missed it, you missed out on some magical TV, filled with sex, jump scares, and a very strong female lineup. Those who did catch wind of the show got hooked, so if you're new here — you're going to want to catch up. It'll be the show you'll be talking about for hours, but since there's only been one season so far, those who've already been sucked under are wondering will a Discovery of Witches return for season two?

Based on the trilogy of novels by gothic mastermind Deborah Harkness, Discovery of Witches first aired on Sky One back at the beginning of September. Comprised of eight episodes, as we're nearing the end of season one, I'm wondering how about that second season? Well, you're going to have to be kept on tenterhooks a little longer, as according to Premiere Date, a second season has yet to be renewed. But since the show's been adapted from a trilogy, you can probably bet that those bad witches will be back for some more. Bustle reached out to Sky for comment about whether the series would indeed return for Season 2.

So, from now until season two's indefinite air date, I think there's definitely some time for a recap. Main witch Diana was kidnapped towards the end of the series, before her very chiselled boyfriend, Matthew (played by Matthew Goode) swooped in to try and save her. That didn't quite go to plan, alas, as Diana (feminist icon) had to both free herself and reacquire the magic which had been stolen from her when she was kidnapped. As Den Of Geek writes, towards the end of the season one, it looks as though she had achieved both, leaving room for her story to continue (take the hint, Sky).

If you're thinking you can find out what happens next by reading the books, I wouldn't be so sure. Actor Owen Teale (who plays Peter Knox) admitted during his appearance on Sunday Brunch on Sept. 9 that the show's "quite a departure because the books are written in first person so everything she encounters, you're in her head and that's... when people exist, it's through her," Digital Spy reported. Although, the show's creators did consult author Harkness.

“We just said to Deborah Harkness, ‘Ok where were they, what were they doing, or could they have been doing?’" they told Radio Times back in September. "So we’ve made those changes, and we are saving the lives of a couple of characters, but I can’t say more than that!" But, as executive producer of the show, Harkness does get some say in how things pan out for her characters.

Her novel series was inspired by how "California voted to ban same-sex marriage" in 2008, Harkness told The Pool. "I just see so many people in the world who are brilliant in so many ways but are held back because of that fear of being discovered, of being uncovered. I think that comes through brilliantly in the television show.” Hear, hear.