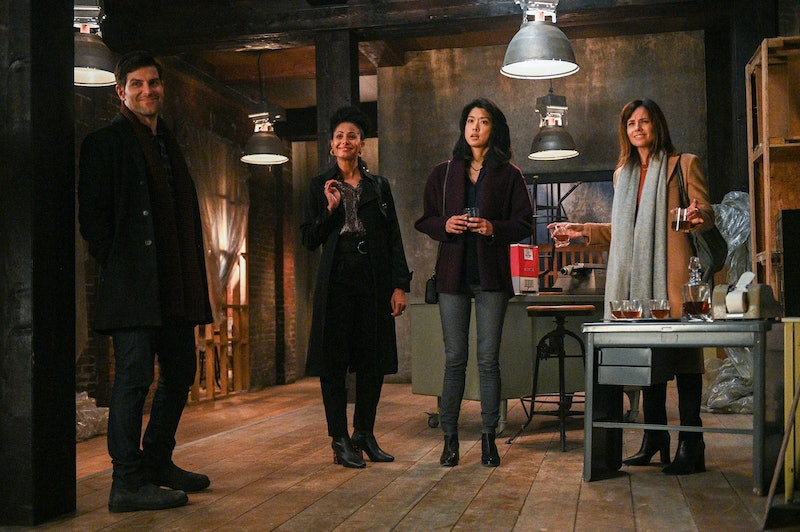 Update: Million Little Things has been renewed for Season 3.

Earlier: The Season 2 finale for A Million Little Things will be full of drama if the promo is any indication. But with another season coming to a close, and the coronavirus outbreak still looming over our lives for the foreseeable future, it calls into question the show’s future and whether or not A Million Little Things will return for Season 3. ABC has yet to officially renew the series for another season, but that isn’t necessarily a bad thing. The network could be just waiting until after the finale airs before making its decision, or it could be biding its time to see how this global pandemic ultimately plays out. Bustle reached out to ABC reps for comment on how coronavirus could impact the fall TV schedule, but had yet to hear back at the time of publication.

The good news is, though, that if the creators have their way, the series will continue on for several more seasons at least. Series creator and showrunner D.J. Nash spoke to GoodHousekeeping.com in October 2019, revealing that he pretty much has the rest of the series mapped out and knows how he wants the story to end. "It’s completely changeable, but I had a plan for where we’re going," he told the outlet. "When it comes to the series, I know what I want the finale to be, and there’s even some things that we’ve planted that our actors don’t know that will set up that finale very, very well."

As for how many seasons it should take to get to that point, Nash predicts that the storylines could keep going up until at least five seasons, though he’d be more than willing to go longer if the opportunity presented itself. "I think [the cast] all kind of feel like this is a five-season show," Nash revealed. "Nothing is definite yet, things change … we don’t even have a season 3 pick-up yet, so all of that is hypothetical.” Nash also admitted that despite not having a Season 3 renewal at this time, he’s already started constructing the plot points for a new season. “I know what the characters are doing for season 3 right now, I know the major arcs for season 3,” he added.

That may not guarantee the show’s continuation, but it definitely bodes well that the creator is so determined to keep the story going. And if enough people tune in for the Season 2 finale, that could help incentivize ABC to keep the series going for at least another season, if not more. But, in the meantime, just sit back, relax, and soak up as much of the remaining drama as you can.

More like this
Shonda Rhimes Responded To The Surprise Exit Of A Day 1 'Grey's Anatomy' Figure
By Grace Wehniainen
A 'Terminal List' Sequel & Spinoff Are Reportedly In The Works
By Kadin Burnett and Grace Wehniainen
The Plane Crash In 'Dear Edward' Is Based On A 2010 Tragedy
By Grace Wehniainen
This 'One Tree Hill' Wardrobe Error Is Going Viral On TikTok
By Brad Witter
Get Even More From Bustle — Sign Up For The Newsletter
From hair trends to relationship advice, our daily newsletter has everything you need to sound like a person who’s on TikTok, even if you aren’t.