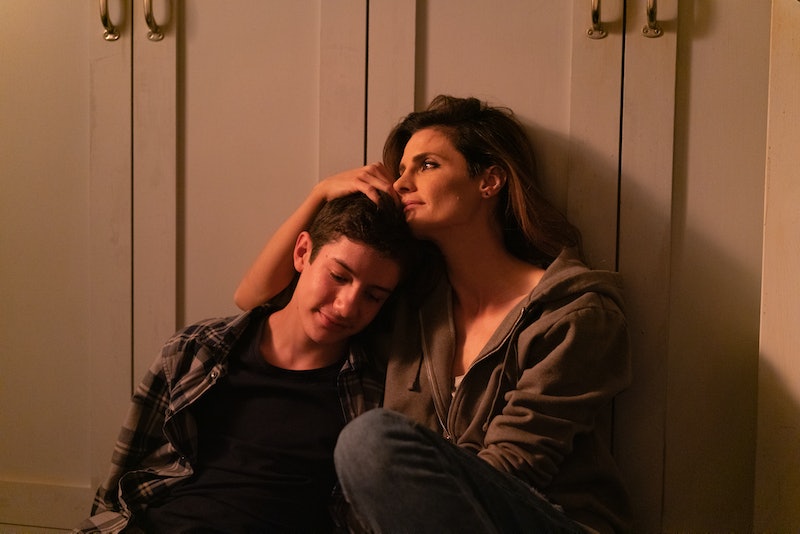 Absentia Season 2 premieres on Amazon Prime Video this week, and luckily for viewers, all ten episodes will drop at once. In case you’ve forgotten, Absentia follows FBI agent Emily Byrne who’s miraculously found alive six years after disappearing while hunting a notorious serial killer, and returns home to find how the world — and her family — moved on without her. The effects of her captivity and abuse continue to swirl around her in Season 2, even now that her abductor is dead. It’s unclear if Absentia will return for Season 2, but there’s plenty of story to dive into while you await the news.

As far as the possible renewal goes, no news is not necessarily bad news. Last year, Amazon didn’t re-up the series for American viewers until mid-September, despite the fact that Absentia was picked up for another season in Canada much earlier, Deadline reports. So we’ve got a while before fans of the show should start to worry. At least for now, Amazon still seems dedicated to the series as Season 2 rolls out.

"Absentia really resonated with our Prime Video audience who were enthralled by the thrilling storyline and complicated characters,” Vernon Sanders, Co-Head of Television for Amazon Studios, told Deadline. “[Actor] Stana Katic is immensely talented and we look forward to her peeling away the layers of a twisted conspiracy that is deeper than her character ‘Emily’ could have ever imagined in season two."

Of course, if you manage to blow through all ten new episodes before the sun sets on premiere day, and you can't wait for Absentia Season 3, there are some other similar twisty crime dramas on the same streaming service you could think about diving into.

Sneaky Pete is yet another Prime Video thriller, and its three seasons will have you on the edge of your seat. Starring Giovanni Ribisi and co-created by Bryan Cranston, Sneaky Pete follows Marius, a con man who assumes the identity of his cellmate, Pete, in order to leave his life of crime behind. As you might guess, things don't go all that smoothly.

This spy series, a sequel of Deutschland 83, has all the mystery and intrigue you'll be missing when Absentia's final credits roll. The series nestles itself within East Germany's dark world of secret agents, where dangerous missions and sketchy international deals are commonplace. The series has a 100 percent positive critics rating on Rotten Tomatoes right now, and it's definitely worth a watch.

The first season of Amazon's Bosch follows a disillusioned detective as he dives headfirst into a Hollywood murder case. As if that weren't intense enough, his colleagues suspect him of planting evidence to wrongly convict a suspect, making things all the more complicated.

Hanna's titular character may not be who she says she is. Throughout the show's first season, a CIA agent tries to uncover the truth about why this young woman was raised in secret, away from society, and what exactly she's capable of. It's part mystery, part coming-of-age story, and there's nothing quite like it out there.

Absentia's future might be up in the air for now, but there's still plenty of time for Amazon to renew it for a third season. Watch as much as you can to boost those viewership numbers, and satisfy your thriller craving with these shows in the meantime.

More like this
We Still Have A Few Unanswered Questions At The End Of 'The Suspect'
By Sophie McEvoy
How Much Are The 'Schitt’s Creek' Stars Worth?
By Hugh McIntyre
‘SNL’ Finally Spoofed Nicole Kidman’s Weirdly Beloved AMC Ad & Nailed It
By Stephanie Topacio Long
'Interview With The Vampire's Lestat Is Sam Reid’s Biggest Role Yet
By Kadin Burnett
Get Even More From Bustle — Sign Up For The Newsletter