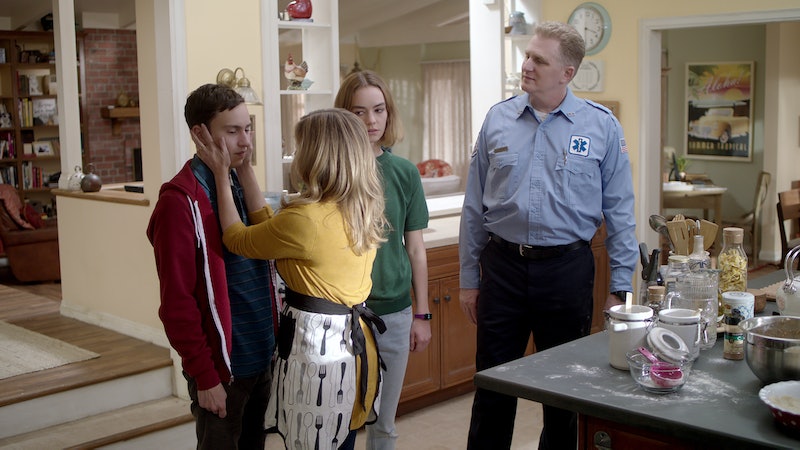 Netflix's new series Atypical premieres Friday, Aug. 11 and depicts a family raising a teen on the autism spectrum. Because the show tackles serious themes about what it's like for an autistic individual to go through high school and how a diagnosis can affect family relationships, Atypical has already been generating a lot of buzz, both positive and negative. There are few shows that put this kind of material at the forefront, which might be an indicator that Atypical could return for Season 2.

There has been no announcement from Netflix yet about a second season for the family dramedy, starring Kier Gilchrist as Sam, who's ready for a girlfriend, and Michael Rapaport and Jennifer Jason Leigh as his parents, who have their own issues. But prospective fans looking forward to watching Atypical at least know that they're getting eight episodes right away. Though Netflix used to be loathe to cancel its original series, the hammer has fallen lately on a few. But some of those departed shows — like The Get Down and Sense8 — look much more expensive and difficult to produce than Atypical. The show's suburban setting could make it an easier renewal choice for the streaming service.

Another reason Atypical could stick around is its solid cast of industry veterans. You're probably familiar with the previous work of most members of this new TV family. While you wait for news on Atypical's renewal, throw it back to where you've seen the actors playing the Gardners before: