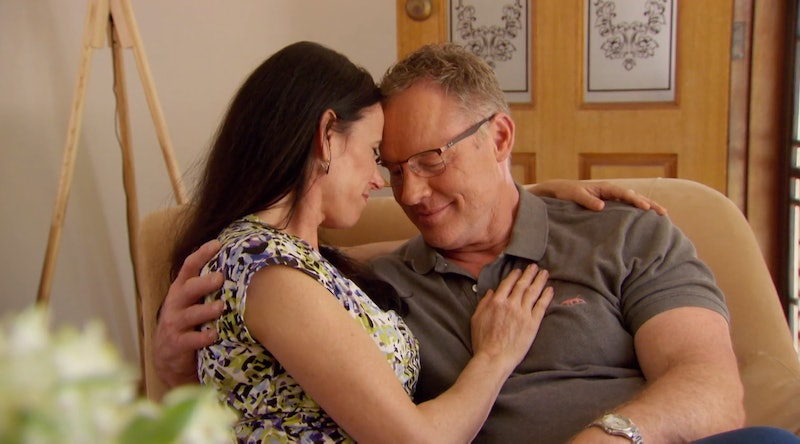 As Netflix expands their ever-growing selection of international content, reality TV is also getting a lot of love — literally. Season 1 of Australian original Back with the Ex hits the streaming platform on Jan. 11. In the series, four single people are given the chance to rekindle romance with a former flame. But will Netflix rekindle the show for another round? Will Back With the Ex return for Season 2?

Back with the Ex comes from Seven Studios in Australia, and originally premiered on the Australian TV network on April 18, per TVTonight.com.au. According to an article from Australian magazine Who, all of the couples from Season 1 had called it quits by the end of May. So if Back with the Ex is green-lit for more episodes, its casting directors will need to find some new singles.

At the moment, neither Seven Studios or Netflix have confirmed Back with the Ex Season 2, and it could be a while longer before there's an adequate amount of viewership data to make an informed decision. But in the meantime, here are five other love-focused reality series on Netflix to tide you over until more news.

Terrace House has been a cult favorite in Japan since it first premiered in 2012, and has started gaining an international following since dropping on Netflix. The show is well-known for its slow-burning action and low-key stars who, according to The Verge, are more authentic than the dramatized characters that appear on shows like The Bachelor or Love Island. With three different generations of the series to marathon already on Netflix, this show will keep you busy for a while.

Set in rural Utah, Three Wives One Husband takes an intimate look at a community of fundamentalist Mormons that still practice polygamy. The docuseries looks closely at the trials and triumphs of everyday life for 15 families, getting to know the husbands, their sister-wives, and the complicated dynamics that make their lives different from monogamous couples, but also somehow similar.

Cheapest Weddings follows couples that are determined to have their dream weddings on a shoestring budget. Just like Back with the Ex, Cheapest Weddings hails from Seven Studios, though it sounds more up the alley of Say Yes To The Dress fans.

Christiane Amanpour: Sex And Love Around The World

This documentary, hosted by CNN's chief international correspondent Christiane Amanpour, takes a look at relationships all over the globe with the critical lens of investigative journalism. Visiting the cities of Berlin, Beirut, Tokyo, New Delhi, Accra, and Shanghai, Amanpour delves into the unique personal circumstances of people across the world.

If you thought that road-tripping through Asia would be the perfect way to get to know the love of your life, well, so did the producers of this Japanese reality series. Seven men and women ride around Asia in a pink bus, hoping to return back to Japan having paired up with a life partner. The original version of the series premiered in 1999, but, like Queer Eye, it's undergone a Netflix revival which premiered in 2017.

As Netflix continues to expand its content, it looks like there will be more than enough material available to keep fans of the reality love genre entertained.

More like this
What’s New On Netflix: Ana De Armas’ 'Blonde' & A Nick Kroll Special
By Arya Roshanian
What’s New On Netflix: Meet 'The Real Bling Ring'
By Arya Roshanian
What Is 'Pretty Wild' Star Tess Taylor Up To Now?
By Morgan Leigh Davies
Here's How To Apply For 'Love Is Blind,' No Matter Where You Live In The US
By Grace Wehniainen
Get Even More From Bustle — Sign Up For The Newsletter