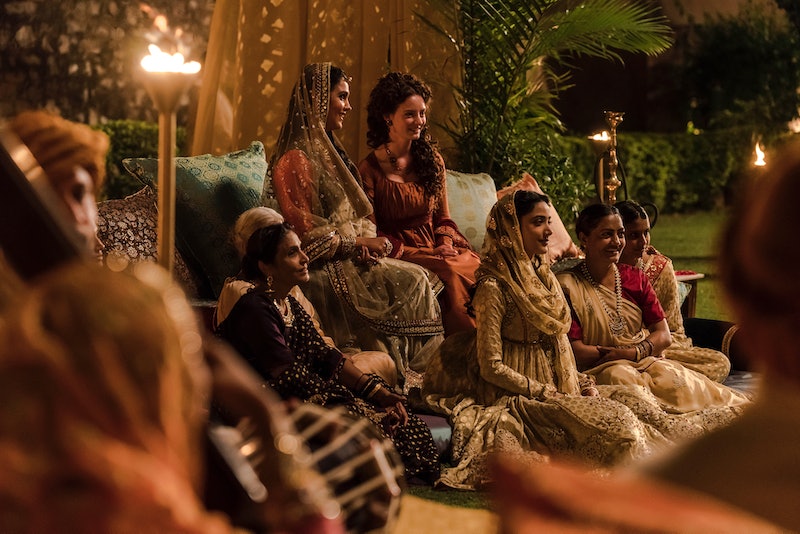 ITV's Beecham House takes place in pre-British rule India, and follows the story of the Beecham family as they set out on a new journey, which begins as they move into their new home close to the Indian capital. The series was created by Gurinder Chadha, and stars the likes of Downton Abbey's Lesley Nicol and Vanity Fair's Tom Bateman. Viewers currently enjoying the first series might now be wondering if the show will be back for a second outing. So, will Beecham House return for season 2?

According to The Sun, there has been no official announcement in regards to a Beecham House series 2. However, the drama is still in the midst of its first ever season, so hopefully we'll get some news at a later date. I have reached out to ITV for comment, and will update with any new information once it becomes available.

According to the Express, the period drama centres around the character of John Beecham — an ex-soldier who starts a whole new life with his family after purchasing a mansion in Delhi, India. After witnessing the negative effects of exploration whilst working for the East India Company, John decides to become an honourable merchant in the area's trading community. However, both trouble and speculation arise when John arrives at Beecham House with two nursemaids and an "olive-skinned" child named August. A short ITV synopsis of the series reads, "Set on the cusp of the 19th Century in Delhi before the British ruled in that region, the drama depicts the fortunes of the residents of Beecham House, an imposing mansion surrounded by acres of exotic woods and pristine lawns."

As mentioned previously, the series was written and directed by Gurinder Chadha, who decided to set the series in the year 1795 — 100 years before British rule. As reported by the Express, Chadha explained that she wanted to explore the origins of British rule in India, and shed more light on how it came to be. Speaking at a press event, she said, "People generally don’t know about how the beginning of that relationship started. That was an interesting period for me and what really fascinated me was the mechanics of how India became part of the Empire."

Chadha created a a string of fictional characters, such as John Beecham, in order to explore the relationship between India and England during this time. However, as previously reported by Bustle, Beecham House does also feature real-life historical figures, including the likes of Emperor Shah Alam and Begum Samru.

Well, I certainly hope ITV give a second series of Beecham House the go-ahead, because this brilliant new drama has been a welcome edition to the Sunday night TV lineup.

Beecham House currently airs on Sundays at 9 p.m. on ITV1.