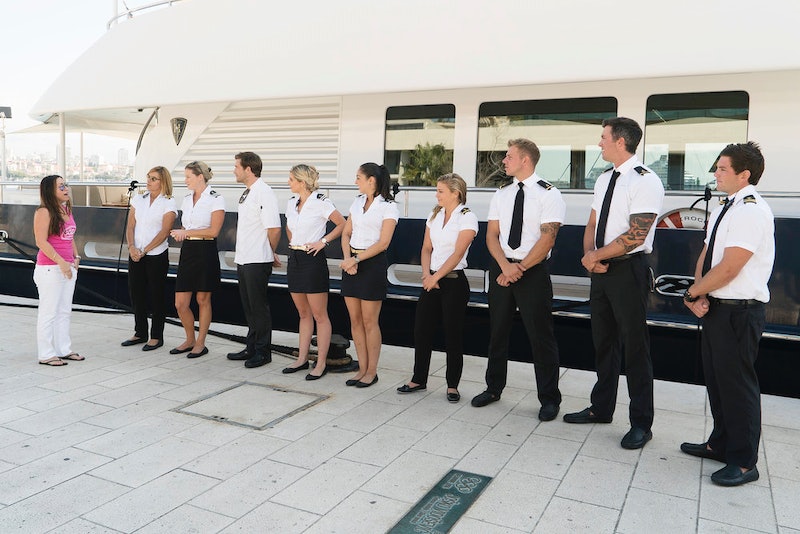 According to RenewCancel TV, Bravo has not renewed Below Deck: Mediterranean for Season 3 just yet. But that doesn’t mean the show is definitely canceled. The original Below Deck is still going strong with a fifth season on the way. The spin-off could follow its predecessor and earn at least a few more seasons from Bravo.

If Bravo does eventually order a Season 3, that brings up the question about which cast members would return. Hannah Ferrier and Bobby Giancola were the only cast members from Season 1 to return in Season 2. As of now, no current Below Deck Mediterranean cast members have confirmed their intent to stay with the show.

However, Bravo has confirmed that the crew will get together for a reunion special. Watch What Happens Live: Below Deck Mediterranean will premiere Aug. 15, and the crew will talk to Andy Cohen about the highs and lows of their high seas adventures in Season 2. It isn't a season renewal, but it's a good sign that the network is still interested in the cast.

Some of the best moments of Season 2 found the yachties trying to balance work and play. Their trials and errors did not go unnoticed by those in charge. In an interview with People, Below Deck's Captain Sandy talked about that balance. According to the captain, the drama is a necessary escape for such a demanding job. "They have to have outlets," she said. "You can’t demand what we demand from these crews and not let them have these outlets. Can you imagine if they couldn’t have sex, drink or do their thing as 20-somethings? It’s like a college at sea.”

The boss has given the OK for more sea-faring debauchery. So if Below Deck: Mediterranean returns for Season 3, don't expect calmer waters.