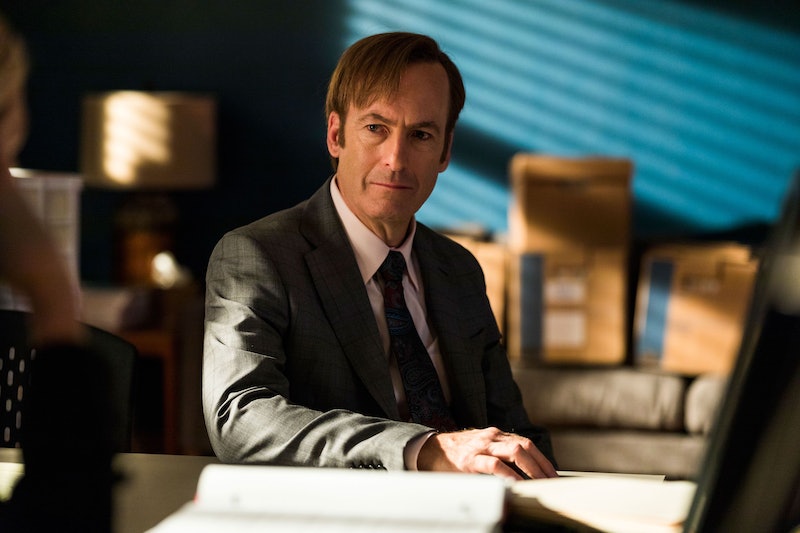 Better Call Saul is much more than a mere extension of Breaking Bad. Just as fans raptly watched a meek chemistry teacher become a drug kingpin, the transformation of small-time lawyer Jimmy McGill (Bob Odenkirk) into a big time fixer for the leaders of the criminal underworld has built up over five seasons. With the Season 5 finale airing April 20, it's natural for fans to wonder, will Better Call Saul return for Season 6? Yes, but it's officially the last call for Saul.

During a panel at the January 2020 Television Critics Association press tour, AMC representatives and show creators confirmed the sixth season would be the show's last. Sarah Barnett, president of AMC Networks Entertainment Group and AMC Studio, told The Hollywood Reporter it was a joy to work with the extremely talented team of Better Call Saul on the past five seasons. "We congratulate Vince, Peter, our producers, writers and cast on a remarkable run and look forward to sharing this final chapter with fans."

At the same panel, show creator and writer Vince Gilligan said his involvement in the final season would be a lot more hands on than recent seasons. "I’ve learned over the last two and a half seasons that Peter and the writers don’t need me as much as I hoped they did, so selfishly I’m going to reinsert myself into the process a little bit because I want to be around and see what happens,” he shared.

The writers weren't sure the sixth season would be the show's last until they began production on season 5. "[The show] started to speak to us, and the fog cleared a little bit, and we saw a glimpse of where we’re going to land this thing," Gould explained. That might also be why the final season features a hefty 13 episodes instead of past seasons' 10, to allow everything to tie up nicely. And there are plenty of loose ends to tie.

"I'm excited for the final season and wish the writers luck answering all the many questions that there will be," said Odenkirk during a Variety interview. "How does [Jimmy McGill] learn Spanish? I don't know! So far he hasn't spoken Spanish in Better Call Saul!"