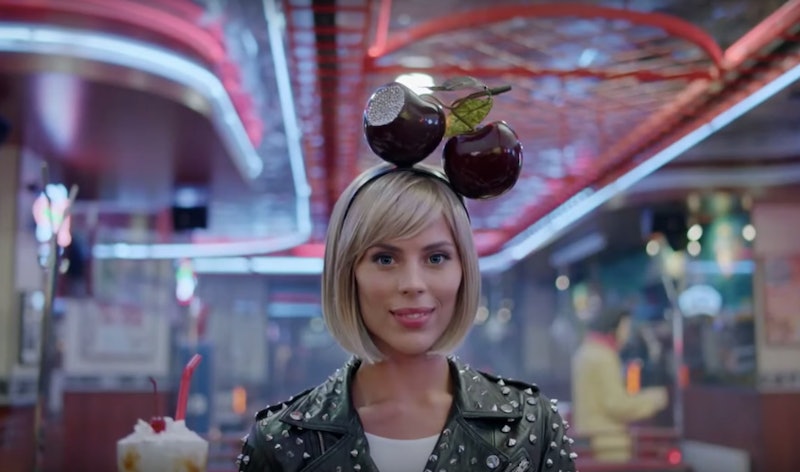 Netflix's first Russian original series, Better Than Us (or Luchshe, chem lyudi), makes iRobot look like Wall-E. Like many a sci-fi show before it, it peers into a not-so-distant future in which robots have become ingrained in everyday life. But when one named Arisa (Paulina Andreeva) goes rogue and finds refuge with a dysfunctional family, she sucks them into a world of danger: a (likely evil) corporation, homicide investigators, and terrorists are all hot on her tail. It sounds like an intense, action-packed thriller that will leave viewers wanting more, and luckily, it seems like Better Than Us Season 2 is already in the works — at least, according to IMDb, which already has a second season listed.

Netflix hasn't confirmed anything officially, but it would make sense for Better Than Us to be more than just a one-and-done project. Though the streaming service has been rapidly expanding its international content, it's a big deal that they chose this particular show to be their first Russian endeavor; if they're hoping to tap more into the country's subscriber base, they'd want to pick something that a) will be successful and b) will stick around for a while, right? That's what helped get them off the ground in the U.S. (two of their earliest shows, House of Cards and Orange Is The New Black, ran for six and seven seasons, respectively), so why not apply the same strategy abroad?

As for the show itself, according to The Hollywood Reporter, it was commissioned by Channel One and Start and produced by the Russian production company Yellow, Black and White. In addition to Andreeva as Arisa, it stars Kirill Kyaro (who plays Gregory Safronov, the dad of the family Arisa joins), Alexander Ustyugov (the head of CRONOS, Viktor Toropov), and Olga Lomonosova (Gregory's ex-wife, Alla Safronova), among others.

The 16-episode first season is set in 2029 Moscow, where "Bots" are virtually everywhere. CRONOs, the company who produces the androids, keeps upgrading the bots in order to make them even more serviceable to humans, but it's clear that they're also becoming more dangerous (funny how that works). In the trailer, we see Arisa kill someone who appears to be a CRONOS technician, and she continues to hurt people in order to protect her new family. Meanwhile, Alla plans to take the kids to Australia in order for them to have a better life, and Arisa authorizes Gregory as her "primary user" as he sleeps. So while the series is, in many ways, another age-old tale about the dangers of ever-evolving technology, it also seems to be a family drama.

Fingers crossed the Safronovs get a happy ending, but however things pan out, hopefully Better Than Us will, indeed, return for Season 2. There doesn't appear to be a premiere date yet, but various Russian outlets claim that it's only a matter of time, and the the show could even return as soon as fall 2020. So after you finish marathoning Season 1, keep an eye out for more news.