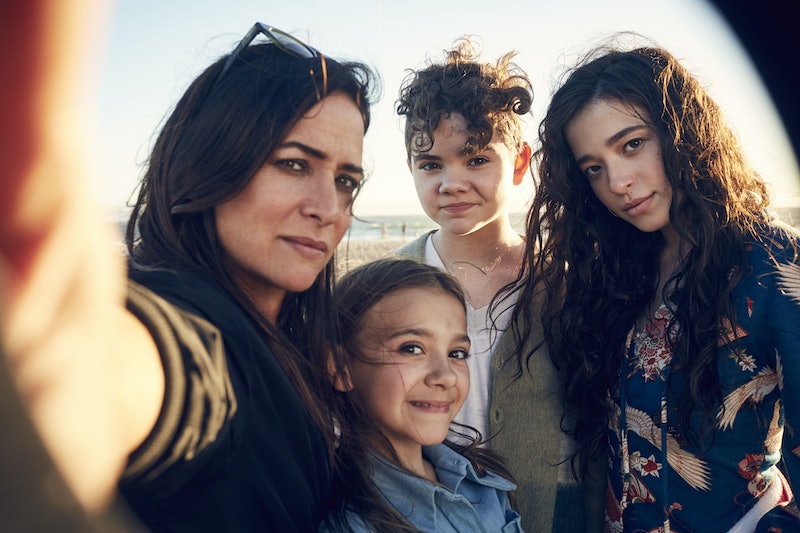 The U.S. comedy-drama Better Things documents the life of a single mother as she attempts to raise three daughters and keep her acting career afloat. The series stars Pamela Adlon and first premiered back in 2016, however, like with many stateside shows, viewers in the UK are lagging slightly behind — and the second season of the hit comedy is about to wrap up on BBC Two. But will Better Things return for series 3?

As reported by Vulture, the show's third series has already aired across the pond, which could mean Better Things season 3 will be arriving on UK screens sometime next year. However, the BBC is yet to reveal any details surrounding the show's return in the UK following series 2, therefore I have reached out to the broadcaster for comment, and will update with any new information when it becomes available.

In the meantime, UK fans can enjoy the Better Things season 2 finale, which is scheduled to air on Wednesday, September 18 at 10 p.m. on BBC Two — and if you're hoping to catch up, you'll the discover the first two seasons in their entirety on the BBC iPlayer. You're welcome.

As we wait for the announcement of Better Things series 3 here in the UK, over in the States fans are already looking ahead to the show's fourth run, which according to Variety, was confirmed by FX earlier in 2019. Better Things series 4 is expected to return in 2020, and when speaking of the comedy's renewal, the chairman of FX Networks and Productions, John Landgraf, commented, "rarely has there been a show that is so personal and, at the same time, so thoroughly universal in the way it explores modern parenting, family and life. We are thrilled to extend the series for a fourth season and to continue this incredible partnership with Pamela, her creative team and the amazing cast of Better Things." Landgraf also described the FX series as being " vital," "engaging," and "revelatory" — and praised show creator Pamela Adlon for being "one of the most accomplished creative forces in television today."

Although the U.S. comedy appears to be going from strength to strength, Better Things did experience a rough patch back in 2017, after Adlon's former co-writer Louis CK departed the series. As reported by the Guardian, CK was fired from the FX writing team after being publicly accused of sexual misconduct by multiple women. In a statement given to the New York Times at the time of the allegations in 2017, CK commented: "The power I had over these women is that they admired me. And I wielded that power irresponsibly. I have been remorseful of my actions. And I’ve tried to learn from them."

Thankfully, the show did go on, however show creator Adlon — who also stars in the series — revealed that Better Things almost didn't come back for a third outing following the allegations against her former-colleague. During an interview with Variety, Adlon revealed, "It’s really hard to function when you’re in shock and in grief. I’d lost my passion. I was devastated of course over all the things that I heard about the women. And also for my partner and friend."

Luckily for fans of the show, Better Things came back stronger than ever, and you can catch the second season finale on Wednesday, September 18 at 10 p.m. on BBC Two.

More like this
Alan Carr's 'Changing Ends' Is A Witty Sitcom Based On His Own Life
By Darshita Goyal
Olivia Colman Stars In First-Look Trailer For BBC's 'Great Expectations'
By Sabah Hussain and Sam Ramsden
Claire Foy Spoke Out About 'The Crown's Gender Pay Gap
By Sam Ramsden
Armani Jackson Is Following In His Famous Actor Sister’s Footsteps
By Catharina Cheung
Get The Very Best Of Bustle/UK
Sign up for Bustle UK's twice-weekly newsletter, featuring the latest must-watch TV, moving personal stories, and expert advice on the hottest viral buys.