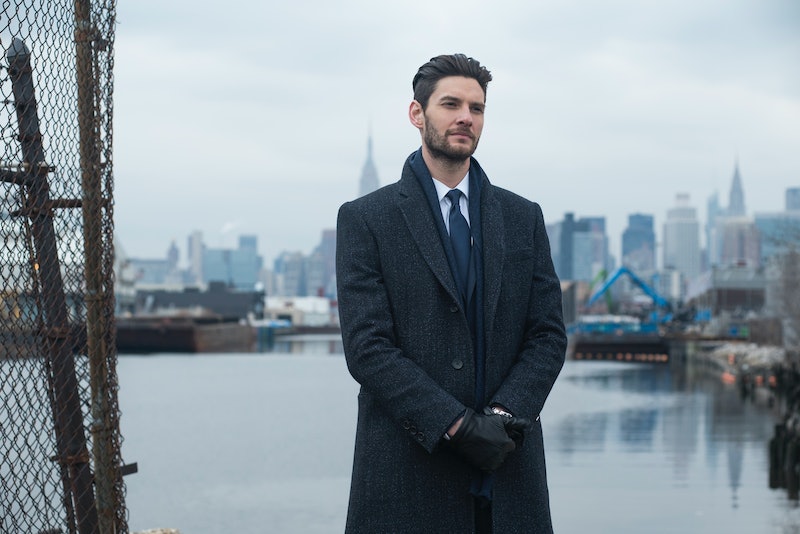 Spoilers for The Punisher Season 1. Although it's not obvious at first, by the end of Season 1 of The Punisher Billy Russo emerges as the big bad guy of the season. He and Frank Castle both came from the same background and used to be close friends, but where Frank suffered, Billy flourished. Russo found power and success after his time in Project Cerberus, where Frank only found pain and regret. Season 1 ends in a climactic battle between the two, but it looks like The Punisher is not yet done with Frank's arch-nemesis. It seems Billy Russo could return as Jigsaw in The Punisher Season 2.

Part of the struggle of making a "realistic" comic book show is that comic books often aren't realistic. Heroes and villains are absurd, often impossible to make look realistic on film or television. As such, these characters can often get boiled down to their most basic elements, removed of any costumes or more outrageous superpowers. While Billy has always been Jigsaw in the Punisher comics, his character was changed for the television series. And though the Billy Russo of the television series has a different backstory than, it looks like The Punisher has turned him into the super villain he was always destined to be.

The biggest difference between Season 1 Billy Russo and comic book Billy Russo is his face. In the show, Billy, played by Ben Barnes, is an incredibly handsome man, often referred to as a "pretty boy" by Sam Stein. However, Billy's model-looks don't match up with the ugly killer inside of him. The climactic showdown between Billy and Frank remedies this, as Frank literally drags Billy's face across a broken mirror in the carousel where his family was killed, leaving billy with terrible facial scarring. This matches Jigsaw's iconic demented face in the Comics — although fans won't get to see it come to life until the character returns, if he does.

The final shot of Billy Russo in Season 1 is him lying in a hospital bed with his entire face bandaged up. It's not for certain, we hear, whether or not he'll have permanent brain damage. Either way, judging from the fact that Frank left Billy with multiple shards of glass sticking out of his face, that face probably looks a lot different than it used to. It's enough to make you feel bad for the guy, until you remember that he's a corrupt murderer who was willing to kill innocent teenagers to get back at Frank and also profited off of drugs being smuggled in the bodies of dead soldiers.

Billy Russo may have seemed like a decent guy at the beginning of the series, but it didn't take long for him to reveal that he was, in fact, the absolute worst. His good looks and charm had everyone from Curtis to Dinah and even Frank trusting him. However, Billy wasn't able to keep the act going for long, and he must have recognized that after a certain point, he had nothing else to lose. His cruelty skyrocketed towards the end of Season 1, where he was willingly tormenting Frank Castle with memories of his family, which backfired in a major way. If there's one thing that Billy has learned about confronting Frank, it's that it's best to leave his family out of it.

Of course, it looks like Billy isn't going to be letting go of Frank any time soon. Even though most of his face is bandaged up at the end of Season 1, there's a lust for revenge in Billy's eyes. Just as Frank Castle is fueled by a goal to avenge his family, it seems that Jigsaw will be dedicating his life to making Frank Castle pay for taking away that beautiful, beautiful face. Billy Russo may truly be dead, but if The Punisher returns, fans should expect to see Jigsaw come to life.

More like this
Nicola Coughlan Shared A Lady Whistledown Excerpt From ‘Bridgerton’ Season 3
By Grace Wehniainen, Alyssa Lapid and Sam Ramsden
A New 'And Just Like That' Table Read Pic Confirms A Key Character's Return
By Jack Irvin and Grace Wehniainen
'The Rings Of Power' Episode 7 Will Feature An “Unlikely Pairing Of Characters”
By Grace Wehniainen
These Memes & Tweets About Alicent in 'House Of The Dragon' Prove She's The Queen Of Messiness
By Grace Wehniainen
Get Even More From Bustle — Sign Up For The Newsletter