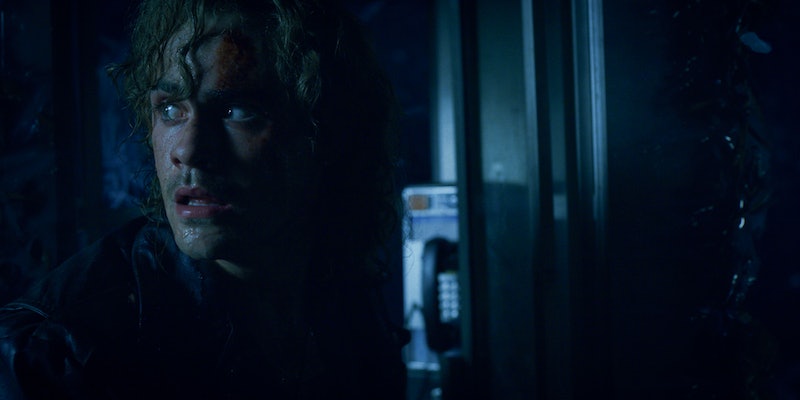 First, there was Barb. Then, there was Bob. And now, Billy might die in Stranger Things 3. At least, that's what fans are starting to believe.

The final trailer for Stranger Things 3 heavily implies that teen heartthrob (and Max's stepbrother) Billy Hargrove becomes a human host for the monster now terrorizing Hawkins, just as Will was for the Mind Flayer in Season 2. "You let us in, and now, you're going to have to let us stay," says an ominous voiceover that sounds suspiciously like Billy.

Later, Will says, "What if we locked him out here with us? He'd wanna attach himself to someone again." Jump cut to Billy, looking more angry and dangerous than ever. Coincidence? Nothing is on this show.

Billy was already kind of a villain on Stranger Things: he was a bully, he was rude, and let's not forget that brutal fight he started with Steve. However, those who were looking forward to their problematic fave getting some kind of redemption arc — particularly after we learned about his abusive relationship with his father, played by Will Chase — may be disappointed by the new episodes. There's definitely a lot in store for Billy this season, but it may not be all good things.

"I'm excited to see what [fans] think of it as a whole, but also, selfishly, Billy's story arc this season," Dacre Montgomery, who plays Billy, said in an interview with SyFy Wire. According to the actor, the Duffer Brothers had him study Jack Nicholson's work, and The Shining in particular, to prepare for this season. Who does Nicholson play in The Shining? The villain.

Stranger Things creators the Duffer brothers also told Vulture in 2017 that they had a much bigger arc in mind for Billy when he joined Season 2, but that ultimately, it got pushed into Season 3. "There was a whole teen supernatural story line that just got booted because it was just too cluttered, you know?" Matt Duffer said.

Montgomery reiterated that to Syfy. "We had discussed it," he recalled. "I came in with a whole backstory for Billy. They rang me about two months before they started writing, and I read them this crazy side storyline — it's actually embarrassing looking back at it — but I wrote a whole thing. And they included elements of it."

Part of that backstory includes details about Billy's biological mother, which Montgomery said is incorporated into Season 3. So, here's a pro tip: if you're watching Stranger Things 3 and nervous for Billy but don't feel like you've learned anything about his mother or backstory... there's a chance he may be OK, at least for the time being.

If Stranger Things really does have it out for people with "B" names, Billy could join Barb, Bob, and Benny (remember him) in the Great Beyond. His initials aren't exactly lucky. In fact... Barb's last name started with an "H" too. Whether he dies because of a monster attack, or because he becomes a monster and needs to be put down to save everyone... it honestly doesn't look good for Billy.