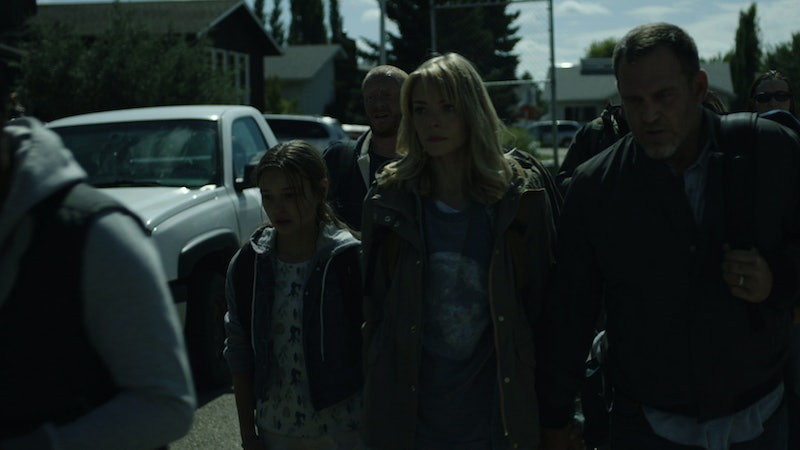 Are you a Walking Dead fan looking for some zombie drama to pass the time until Fear the Walking Dead returns? Or are you still mourning Z Nation's cancellation? If you can answer "yes" to either of those questions, then Netflix's Black Summer should be on your radar. The post-apocalyptic series makes its debut on April 11, but considering that its a prequel for Z Nation, those missing the Syfy show will especially be rooting for Black Summer to return for Season 2. Netflix hasn't revealed its long-term plans for the series, but hopefully the story can find a long new life on the streaming service.

Update: Black Summer has been renewed for Season 2, according to Decider.

Earlier: Per Netflix, Black Summer stars Jaime King as Rose, a mom who is separated from her young daughter at the beginning of the zombie outbreak. She bans together with a group of fellow survivors and they make tough (and sometimes brutal) decisions in an effort to stay alive. In the Black Summer trailer, Jaime can be seen running with her husband and daughter toward a military truck that is presumably there to assist civilians, but things quickly go awry as an altercation breaks out between the soldiers and scared citizens.

Rose's daughter is seen on the back of a military truck as it speeds away from the group, leaving a devastated Rose behind. Rose and several other people come together with guns and take refuge in a building to figure out their next moves while avoiding zombies who run like track stars (what ever happened to them moving slow?!). Oh, and there's also the threat of other people who are willing to kill and steal at a moment's notice.

The remainder of the trailer is a conglomeration of actions shots showing the crew defending themselves, as well as running, screaming, and trying to make sense of the chaos. Yep, Black Summer definitely has all the traditional elements of a zombie show, but it sounds like it's not just blood and guts — it has a deeper meaning, too.

During an interview with Forbes, King explained that Black Summer was written by Z Nation director John Hyams as both a tribute to his wife and as a commentary on America's current political climate. "When I asked [John] why he wrote [the show], he said, originally, it was a love letter to his wife. [But] when he saw what was happening down there [at the border] and what was happening with the country, he was like, 'That's it, I'm done. I have to tell this story,'" King said. "All of this is a metaphor and that's what I love. It's metaphorical, but it's also fun and in your face and it's also authentic and true."

In fact, King went on to say that the first script she received didn’t mention zombies at all, but rather a widespread sickness that was affecting the nation, which she compared to the people becoming "infected" with biases. And she would love for Season 2, if it happens, to explore the aftermath of being separated from a loved one for an extended amount of time. Of course, King didn't reveal if Rose will reunite with her daughter or not, but regardless, there's still a chance to continue the story. They can always introduce new characters and perspectives.

The fate of Black Summer might be up in the air but, for now, zombie fans will get their fix of post-apocalyptic drama — and some political commentary to boot.

This article was originally published on April 10, 2019