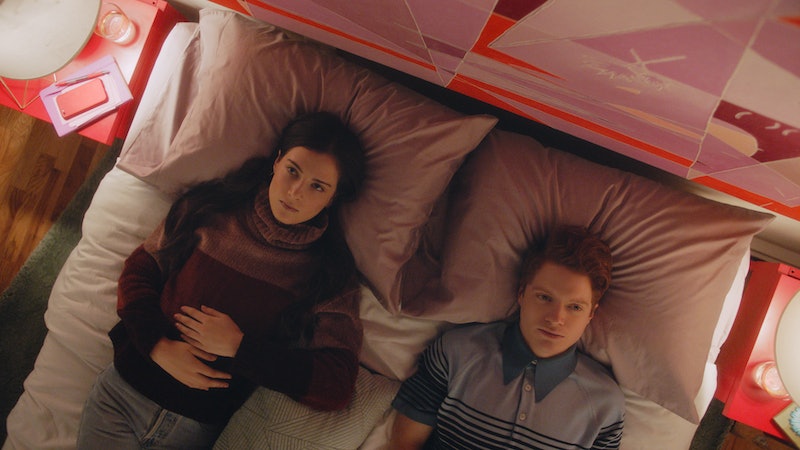 At the moment, Netflix hasn't announced whether or not Bonding will come back, and it will likely be at least a month or two until there's any news. However, since the show itself is so short, it's possible that an announcement might come sooner than it would with seasons that have a run-time of several hours. In fact, Zoe Levin, who plays Tiff, told Bustle that Bonding Season 1 was shot in just 30 days. Of course, that doesn't account for editing time, but if all goes well and Bonding does get the green light for Season 2, it could potentially arrive in six months or less.

As for Levin herself, she said she'd be eager to reprise her role as Tiff/Mistress May and work with everyone on the set of Bonding again. — especially with Scannell. "It was the most fun when I got to work with Brendan [Scannell] and do those scenes together, so I hope there's a lot more of that in the future. We had a blast doing that."

Levin went on to say that everyone in the cast and crew made Bonding an incredible working experience, which she'd be happy to repeat in the future. "The relationships I made on that set were like one in a million," she continued. "You don’t get jobs like that very often. And I would just be so thrilled to be able to work with [series creator Rightor Doyle] and Brendan again."