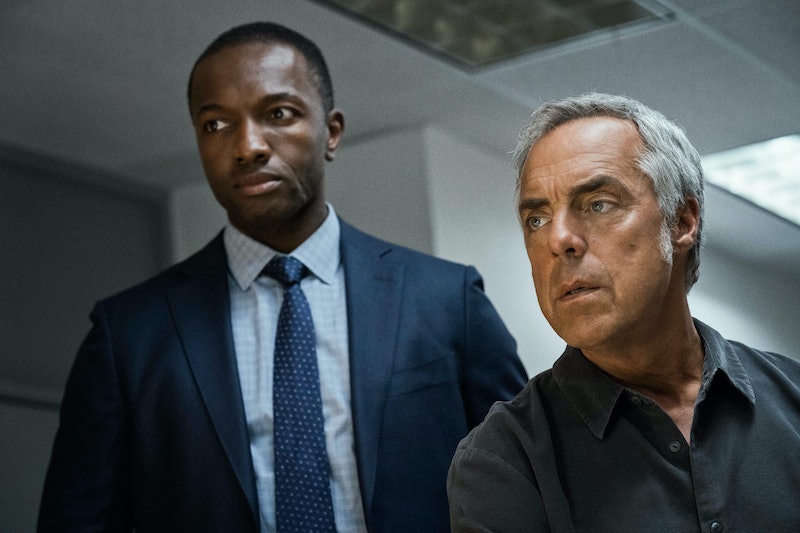 Gritty mystery fans are probably already familiar with Bosch, the Amazon police procedural centered on Los Angeles detective Harry Bosch. Based on the books of prolific mystery writer Michael Connelly, each season of the show's taken two or three novels worth of Bosch's misadventures and turned them into tense episodic drama. The show's sixth season is set to start April 17 2020, but fans who've been watching from the beginning want to know, will Bosch return for season 7?

The good news is Amazon confirmed a seventh season is in the works back in February 2020, saying via Twitter that "Bosch isn't turning in his badge just yet." Unfortunately this was preceded with the sentence "#BoschAmazon is picked up for its 7th and final season on @primevideo." So, while fans tuning in for season 6 have the confidence there'll be another season to go once they're done, the end is in sight for the show.

Author Connelly, who's also served as the show's executive producer from its inception, explained his reasoning to Deadline. "It’s bittersweet, but all good things come to an end, and I am happy that we will be able to go out the way we want to." He went on to say that he and Bosch show runner Eric Overmeyer wrote the show's pilot all those years ago, and plan to come full circle, writing the series' last episode together as well.

Bosch is Amazon Prime's longest running show. By setting a firm end date, everyone involved in the show's production will have the time and space to end the show exactly as they see fit. The final season will be based on two Connelly books — 1994's The Concrete Blonde and 2014's The Burning Room. Fans wondering about any loose ends in a series that's often brought back characters seasons later take note — Bosch's very first season was also based on The Concrete Blonde.

The Burning Room's never been explored by the show though, and features an important new character — Bosch's rookie partner Lucia Soto. Working to unravel the murder of a mariachi performer, they stumble onto a wider net of corruption, while Soto reveals she's working off the books to solve a notorious apartment fire she survived as a child. How much of the book will make it into the show's final season remains to be seen, but Bosch fans can rest a little easier knowing one mystery's been solved, in the show's typical bittersweet style.