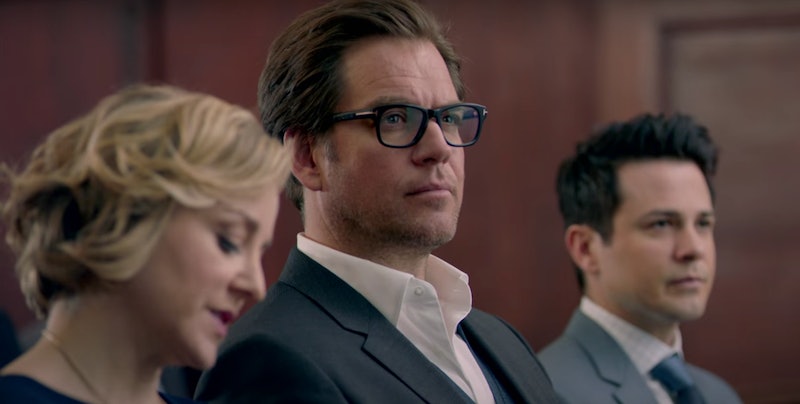 Fans of the courtroom drama Bull might be in for a bit of a wait if they're still hungering for more after season four's finale. That's because the show is still in renewal limbo, with no confirmation that Bull will be returning for a fifth season.

Update: CBS has renewed Bull for Season 6. A premiere date has not yet been announced.

Earlier: Bull is a courtroom drama that follows the life of Dr. Jason Bull (Michael Weatherly), a psychologist and trial science expert who runs a jury consulting firm. Throughout the series he performs services like helping attorneys select jurors, prepare witnesses, and more.

Renewal limbo isn't a great place to be if you're a big fan of any show, but it's becoming more and more common, given how nearly all productions are currently on hold due to the COVID-19 pandemic.

In addition to the coronavirus related delays Bull may have a few other hurdles to surmount if it's hoping to earn a renewal. For starters, Bull's fourth season was actually its first without Steven Spielberg, who was credited as an executive producer on the show's first three seasons. According to Deadline, Speilberg's production company Amblin pulled their support from Bull last May when the show's lead, Weatherly, was accused of alleged sexual harassment involving his former co-star, Eliza Dushku. In December 2018, Dushku accused Weatherly of allegedly making sexually inappropriate comments about her, which eventually resulted in her leaving the show. She later settled with CBS for $9.5 million, according to the New York Times.

Weatherly responded to the allegations via a written statement given to the Times. “During the course of taping our show, I made some jokes mocking some lines in the script,” he wrote. “When Eliza told me that she wasn’t comfortable with my language and attempt at humor, I was mortified to have offended her and immediately apologized. After reflecting on this further, I better understand that what I said was both not funny and not appropriate and I am sorry and regret the pain this caused Eliza.”

Additionally, Bull might be struggling with its Nielsen ratings. According to TV Series Finale, the Nielsen ratings for Bull's fourth season within the 18-49 demographic thus far have averaged around 0.64, a marked decline from their third season, which pulled down a 0.75 average rating. The viewer numbers are slightly down as well: season four has averaged 6.32 million viewers, which is a slight drop from season five's 6.71 million. For context, that makes Bull the tenth most watched CBS show, at least according to pure viewer numbers.

In any case, fans will still be left hanging for the time being, with no solid indication one way or another whether Bull will be coming back for a fifth season.

More like this
The Magic Is Over For Charmed
By Kadin Burnett
A New Season Of The Midwich Cuckoos Could Be Coming “To A Town Near You”
By El Hunt
The ‘Love, Victor’ Showrunner Gave Fans Hope For A Possible Spinoff
By Brad Witter
Peaky Blinders Won’t Return For Season 7 — But A Movie Is In The Works
By Brad Witter
Get Even More From Bustle — Sign Up For The Newsletter