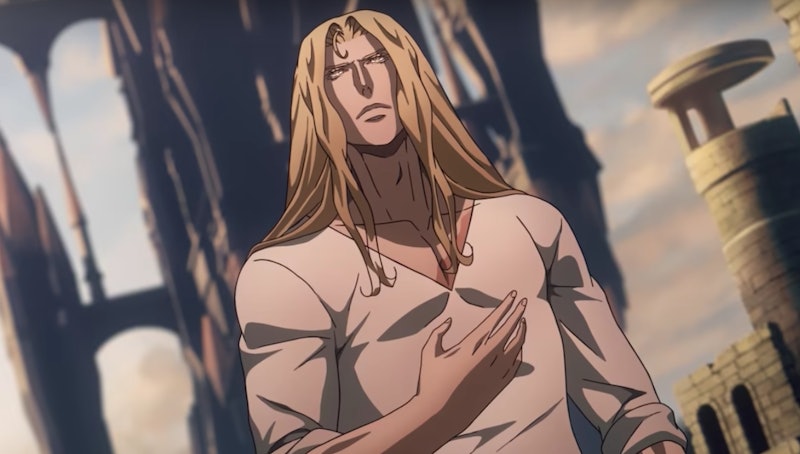 Though there's no word yet on whether or not Castlevania will return for Season 4, the show was renewed just a week after its Season 2 premiere. If the same is true for the freshly released Season 3, any news may not be that far away. There is one catch, however: executive producer Adi Shankar is currently working on a TV adaptation of the video game Devil May Cry, which may mean a longer wait time until Season 4 actually makes it to screen.

Shankar told IGN that Devil May Cry "will join Castlevania in what we're now calling the bootleg multiverse" (Castlevania is based on a Konami video game series, while Devil May Cry comes from the company Capcom). He added that he bought the Devil May Cry rights himself "so the jabronis in Hollywood don't f*ck this one up too." This is likely in reference to the decade-long production limbo Castlevania underwent before it premiered on Netflix in 2017 under creator Warren Ellis, with Shankar attached as EP.

Fortunately, any potential Season 4 won't take a full decade, and there's a lot in Season 3 to tide fans over until then. The story picks up in the wake of Dracula's death. Now that he's gone, monsters have begun coming out of the woodwork, many of whom threaten the future of humanity. These include the vampire Carmilla and her "three female vampire cohorts," as Ellis called them in an interview with Kotaku Australia. "There is now a power vacuum in Eastern Europe," the Castlevania creator said. "Dracula is gone. The night creatures have been scattered, the vampire army is defeated."

In addition to Alucard, Trevor Belmont, and Sypha Belnades, there are several new characters this season and a longer running time — 10 episodes, as opposed to the eight in Season 2 and the slight, four-episode Season 1.