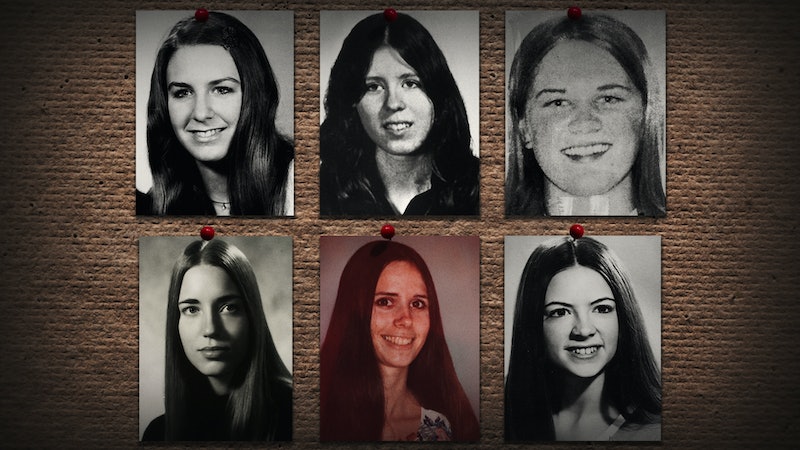 This week, Netflix will debut a docuseries that takes a new look at one of the most notorious serial killers in American history: Ted Bundy. In Conversations With A Killer: The Ted Bundy Tapes, the long-dead killer will be reexamined using both his own words and outside accounts of what exactly made his persona so deadly. It's not yet known whether Conversations With A Killer will return for Season 2, especially with the same subject, but there's potential for the show to turn an eye on other serial killers in the future.

Deadline described the show as a four-episode series, and didn't note any plans for a second season, so right now, it's unclear if Netflix will order another batch. And, it feels like it'd be impossible to stretch only the story of Bundy into more than one year, so if Conversations With A Killer does return, it could keep the same moniker with the focus on another criminal.

According to Rolling Stone, the documentary's four episodes include recordings of Bundy from interviews conducted while he was in jail. The magazine reports that two journalists sat down and recorded over 100 hours of audio with the killer when he was on death row in 1980.

Reviews for the series have been up and down, with some saying that it's hard to adequately dissect the mind of a man who was never a reliable narrator. "While we hear Bundy’s voice on tape, it’s narrating a looping mélange of hypothetical reality and fact, pseudo-philosophy and angry denial," Daniel D'Addario wrote for Variety. "His conversation partners can hardly get through to a man so lost inside his own mind. That fundamental fact — the degree to which Bundy is at best an unpleasant companion through four long episodes, and at worst repellent — makes Conversations With a Killer a must only for true-crime completists."

Others were a little more forgiving — Forbes' Merrill Barr wrote that though the series wasn't all that groundbreaking, "the formatting and pacing are solid and the content is presented in a very easy to digest way, which is something one has not been able to say about Netflix true crime docs for quite some time."

Conversations With A Killer isn't the only upcoming project with Bundy at its center. Zac Efron stars in a new movie, Extremely Wicked, Shockingly Evil and Vile, in which he take the role of Bundy. Efron has been sharing some shots of himself in character, and with the film premiering at Sundance later this week, Netflix's documentary comes at the perfect time to give people a refresher on what exactly went down with the killer.

"It's very interesting. I think the movie itself is really deep," Efron told Entertainment Tonight. "It doesn't really glorify Ted Bundy. He wasn't a person to be glorified. It simply tells a story and sort of how the world was able to be charmed over by this guy who was notoriously evil and the vexing position that so many people were put in, the world was put in. It was fun to go and experiment in that realm of reality."

We'll just have to wait on Netflix to make an announcement on if Conversations With A Killer will continue, but regardless of its future, its initial premiere should give viewers plenty to stew on.