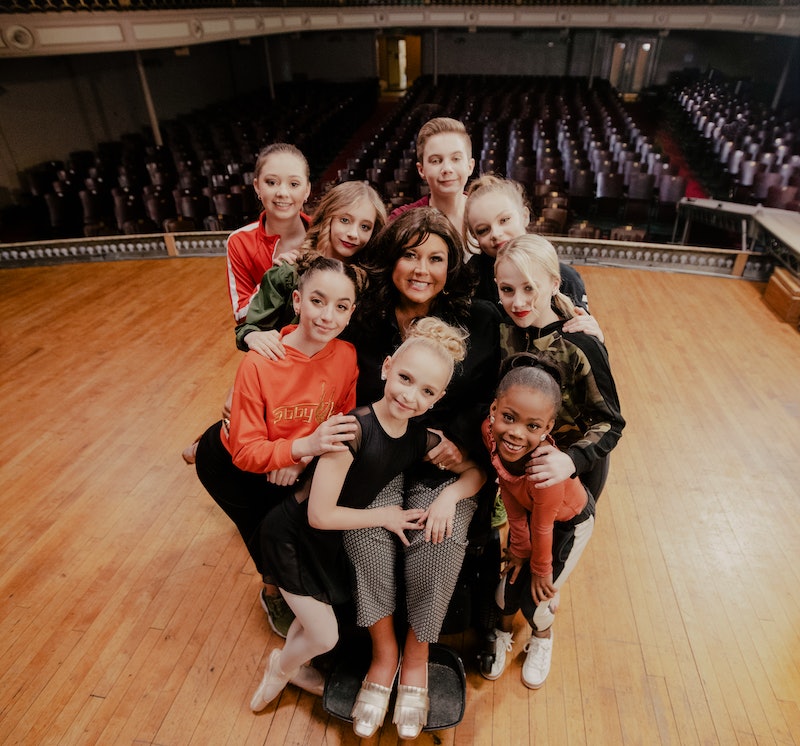 Fans of the Abby Lee Dance Company will find out how they did at Nationals during the two-hour Dance Moms finale on Aug. 27. But what about how they're doing after that? Dance Moms Season 9 has yet to be confirmed by Lifetime, according to what a spokesperson for the network told Woman's Day, but there's reason to believe the show will be renewed.

Firstly, famed dance teacher Abby Lee Miller only just returned to the show for Season 8 after two years away, and this time with a whole new dance team. Gone were the Maddie Zieglers of days past, in were the Sarahs and Pressleys and Bradys of the future. Not only will fans want to see these new kids' journeys continue, but there are still more people clamoring to join. In a recent Season 8 episode, Miller held auditions to fill a spot on the team and a ton of kids showed up to compete. If the interest is that high in joining the ALDC, people are probably just as interested in watching.

The eighth season of the series premiered in June, but most of the seasons in past years have aired in January. This season also had about half of the usual 30-ish episodes that previous seasons have had. Perhaps the show will return for a Season 8B in January rather than a brand new Season 9. Until we get any further news, though, you can follow your fave current ALDC dancers on Instagram to keep up with their lives while the show's not on.

Sarah recently performed at the U.S. Open with ALDC team member GiaNina, so they're keeping busy in the Dance Moms downtime.

In addition to her recent U.S. Open performance, GiaNina frequently hits the dance floor and posts videos on her Instagram.

This summer, Pressley actually trained at Miller's studio in L.A. She shared videos from that training on her IG.

Hannah's younger brother is actually a dancer too, and you can catch some of his moves on Instagram as well.

Brady was also at the ALDC studio in L.A. recently, as the above Instagram video shows. (Maybe the show is filming something special there?) In addition to posting videos of his dancing on IG, Brady also posts super cool photos of his various dance poses.

When she's not dancing, Lilliana has a YouTube channel with over 400,000 subscribers. You can catch a snippet of one of her back-to-school videos above.

Paris is one of Miller's new additions to the ALDC, so it's unclear if she would return if the show were to come back. But if you're a fan of her work, you can check out Paris' Instagram where she regularly posts videos of her dancing.

The ALDC may be back soon for Season 9, but if not (or until then) at least these dancers are still doing what they love and sharing it for their fans to see.