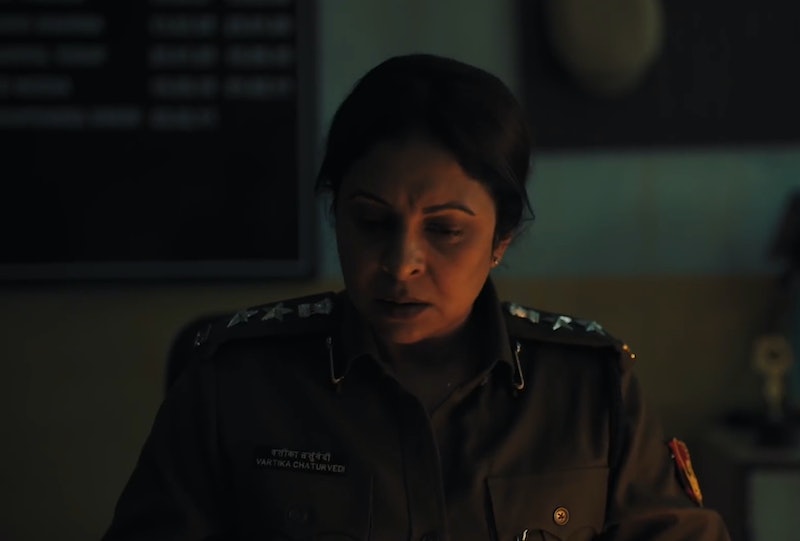 Netflix's upcoming project Delhi Crime takes on a horrifying story of rape and murder — one that those who kept up with India's 2012 headlines will know well. Delhi Crime is based on the real-life Nirbhaya case, in which a medical student was allegedly assaulted and killed by five men and a teenager on a bus in New Delhi, according to the South China Morning Post. It's a heartbreaking story, and it appears it might not be the only one the series will tell.

Deadline reported in January that the series was meant to be an anthology, and was picked up by Netflix in a two-season order. So, it's likely to explore another ripped-from-the-headlines story following its current one. Richie Mehta, the director of the series, told the South China Morning Post that he initially thought it'd be "inappropriate for anyone" to make a TV series out of the tragedy, but he eventually saw merit in the endeavor.

"After I read the verdict and met some of the officers involved, I was amazed. The verdict detailed the manhunt and who these people were and how they were found," Mehta told the outlet in the same article above. "I realized that this analysis of hunting these guys is also a way of understanding why these things happen."

He also told the Toronto Star that Delhi Crime, which headed to Sundance under the name Delhi Crime Story, is an exploration of other deep issues within India's society.

"Not only the issues on the surface of women’s rights and safety and patriarchy and what led to that kind of intense violence — all those things which were very much on the forefront of the discourse — but other things like the class system and the entrenched leftovers from not just the British but kind of a 3,000-year-old tradition of isolation, segregation in society, gender biases … infrastructure in society, how things are set up in an overpopulated environment," he said.

Reviews have been mixed ahead of Delhi Crime's debut to a mainstream audience. Huffington Post India's Piyasree Dasgupta wrote that she was not only skeptical of the subject matter in general, but she also thought it was "almost a love letter" to the police involved. "Delhi Crime comes across as such an elaborate exercise to valorize the Delhi Police that it actually seems deeply insensitive," her piece reads.

The Indian Express' Shubhra Gupta wrote that the "expertly shot" series "shows that crime does lead, as it should, to punishment," though it falls short when it focuses on exploring the police officers' backstories. And the Hollywood Reporter's Daniel Fienberg wrote that despite its missteps, Delhi Crime was "an above-average genre exercise."

While not all the reviews have been overwhelmingly positive, that might not matter much if the show was picked up for two seasons right off the bat. No details of a second season have been revealed, but viewers can likely plan on the same show taking on another India-based crime sometime after this one concludes its grisly tale.