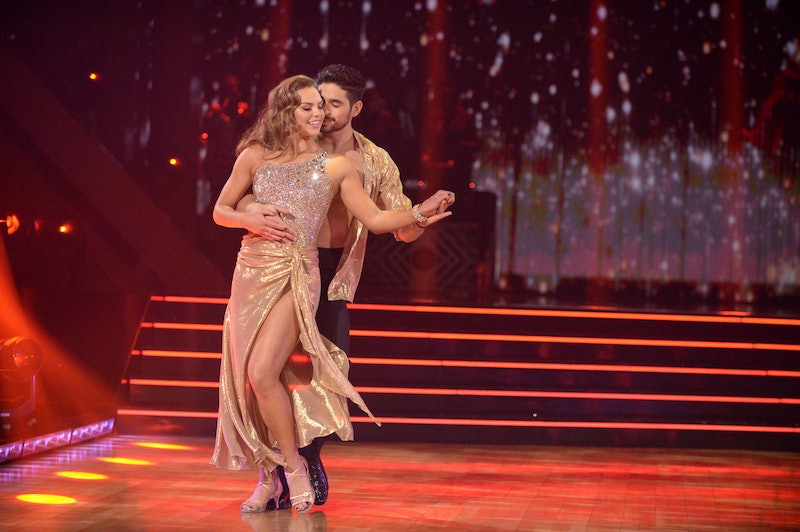 Though it's yet to be announced if Dancing with the Stars will return for Season 29, there's reason to believe the ABC mainstay will be back for more episodes. Yes, this season's ratings have been considerably less impressive than in previous years, but the reality competition series has remained a solid part of ABC's primetime lineup for well over a decade, making it unlikely that the network would suddenly cancel it.

That being said, the show may be scaling back. ABC has aired two DWTS season per year since 2006 — one in the spring and one in the fall. This year, however, the network opted out of its usual spring run and instead waited until fall to debut the one and only 2019 season. It's possible ABC will continue this approach for Season 29, skipping the spring cycle and instead coming back on air in fall 2020. The lack of news about Dancing with the Stars' renewal makes much much more sense in that context; though Season 28 wasn't announced until May 2019, it was never expected to be canceled. If Season 29 follows the same pattern, it's possible an announcement might not be made until next spring.

The likelihood of this being the case is increased by the fact that Dancing with the Stars was notably absent from the midseason premiere dates released by ABC on Nov. 21. Furthermore, while ABC president Karey Burke told reporters in February that she was "in conversations" about the possibility of DWTS returning to a two seasons per year format, those discussions seem to have concluded by May, when Burke insisted that a one season per year format was vital not just for the professional dancers on the show, but for the network's ability to get great celebrity performers on board.

"Resting the show does help us really, really focus on talent and … help us go after talent," Burke explained at Disney TV's upfront presentations, per GoldDerby. "We're going after bigger stars than we have in a long time, so watch this space for future announcements."

All of these things considered, it seems like Dancing with the Stars Season 29 is a long way off, as is an official announcement. But it certainly sounds like the show isn't going anywhere, which should give eager fans at least some peace of mind.