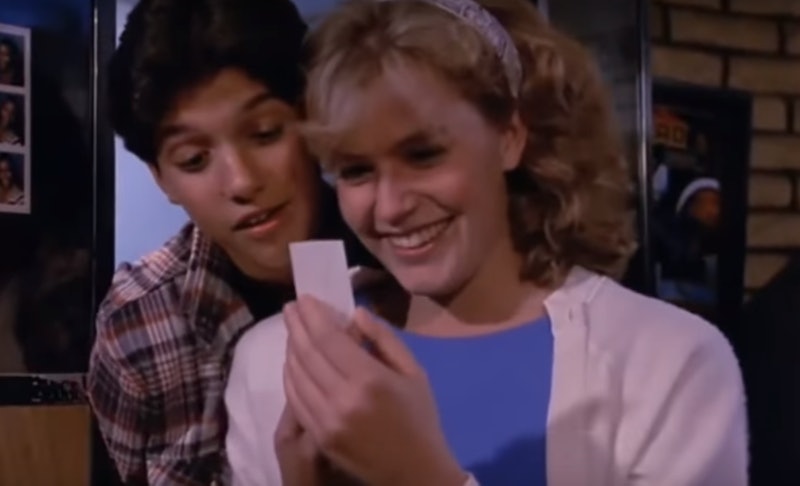 You've likely already high-fived a few dozen people in celebration of the news that a 10-episode Karate Kid TV sequel titled Cobra Kai is coming to YouTube Red. And if you haven't, then my goodness, do so right now. For many, the news has likely provoked a surge of nostalgia, and fans may be wondering if original star Elizabeth Shue will return to the Karate Kid TV sequel. Both Ralph Macchio and William Zabka, who were stars of the original movie, will be reprising their roles as Daniel LaRusso, the underdog, and Johnny Lawrence, the bully. So it's understandable that fans would also be curious about whether Shue, who played Ali, the love interest, in Karate Kid, will be returning too.

With the news only just being freshly waxed on, and off, across the internet, no news has yet surfaced to indicate that Shue will definitely be a part of Cobra Kai in any capacity. However, there's plenty of other information regarding what the show will entail that could provide some opportunity for Shue to make an appearance.

According to The Hollywood Reporter, Cobra Kai will be set 30 years after the events of Karate Kid and will see Daniel and Johnny reigniting their rivalry. The characters will apparently also address their own personal demons from the past and present through the masterful art of Karate. With the two characters described as looking to the past in the series, it definitely provides some potential for Ali to return. Possibly even acting as the person, and event, that incites the rivalry which continues in the show.

When you consider that Ali was Johnny's ex-girlfriend in the original movie, before she started dating Daniel, then this potential plot point would make even more sense. Especially when you consider that Johnny will be "down and out" in the series, while Daniel will be "successful." What better representative of the events of the 1984 All Valley Karate Tournament than their respective childhood sweetheart who cheered Daniel on to a win, while Johnny got cocky and lost? 30 years is a long time to hold onto such a grudge, granted, but it would also make for great television, you guys.

After starring in Back To The Future I and II, Adventures In Babysitting, and Cocktail as well as Karate Kid, Shue is an absolute queen of beloved '80s movies. And as such it'd be a phenomenal treat to see her star not just in a Karate Kid capacity, but also in a throwback show to one of the most cherished movies of that era. And, according to her IMDB page, there's currently an opening for Shue to do just that. Having completed work on the movies Death Wish, and Battle Of The Sexes this year, the iconic actor doesn't appear to have any other projects currently lined up.

Which could suggest that Shue is potentially on-board with the show, but hasn't announced her involvement yet. It's speculation for now, but we'll just have to be content with that, and cheer Shue on from the sidelines until we get some confirmation about her official involvement.