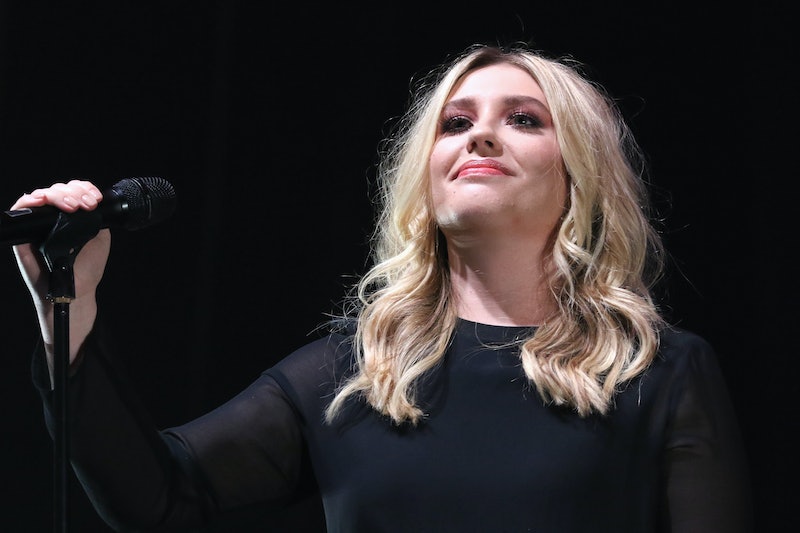 Last Thursday night (Nov. 8), Ella Henderson performed a sold-out show at London's Hoxton Hall. Celebrating the release of her new EP Glorious, the gig marked her first headline performance since The X Factor contestant's sold-out tour in 2015. Glorious also marks the latest material the singer has put out since her debut Chapter One. But will Ella Henderson tour the UK in 2020, or was this show a one-off?

At the moment, the only gig listed on her website's tour tab is the Nov. 8 date. I've reached out to the singer's rep to see whether Henderson has any future touring plans, but have yet to receive a reply. Although judging by Henderson's tweet the following Saturday, there could be more live dates in the pipeline. "One of the best nights of my life!!!! Thank you everyone who came down to @HoxtonHall ... it was a lot of fun!" she tweeted. "Thank you so much for all your support — it means the world to me! Xx here's to more music & more shows!"

Obviously, it's not a solid confirmation that she'll be going on tour, but it looks like there are more shows still to come. Especially since Henderson reckons she's written over 350 new songs since the release of her 2014 debut Chapter One. There was a second album in the works a few years ago, but Henderson took time out to focus on her mental health. "I wasn't ready," she told BBC's Newsbeat. "I had to go on a bit of self-journey. I wanted to take time and live and become a young woman."

The singer also spoke of her time on the ninth series of The X Factor, and how the experience has shaped her music. "I wouldn't be here without it," she explained. "I can't believe I did it. I was 16 years old. It's a bit like the Hunger Games." She continued:

"For example, my nephew's growing up and I'd never let him be judged live on TV [...] I look at it now and think, 'How the hell did I put myself through it?'"

Last November, Henderson followed singer Anne-Marie's footsteps and signed to Rudimental's Major Toms label, which is an imprint of Warner Music's Asylum Records. "I'm so happy and excited to have signed with an amazing group of artists, musicians, producers, and friends," she told music site Complete Music Update. "I have been so welcomed over recent months and I am so excited to become a new member of the Major Toms/Asylum family!"

Henderson also went on tour with Rudimental following the deal. "They just took me into the family like their little sister," the singer said. "Going on the road with them has just been so good for me. And you know, I hadn't performed in 18 months."